You Are Here: Home → Israel Forces Child to Travel for Kidney Transplant without Parents 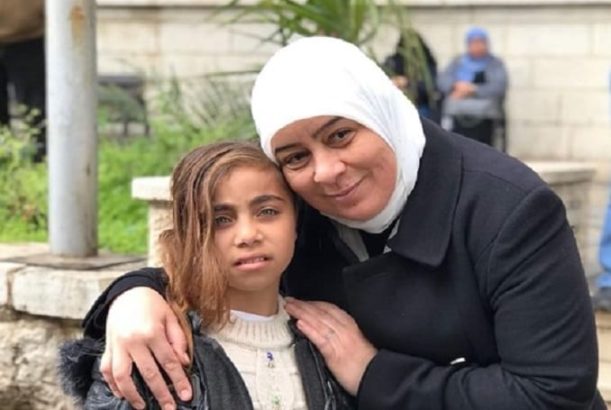 Thirteen-year-old Inaam al-Attar’s parents were denied permission to travel with her to receive a kidney transplant. (Photo: Ma’an)

It’s tough enough to be a little girl in renal failure, but then to travel alone in a hostile environment – this is what Israel put young Inaam al-Attar through on her way to get a kidney transplant. After multiple human rights organizations called attention to her plight, her mother was granted a visa to join her very sick daughter.

A Palestinian girl was forced to travel without either of her parents from Gaza to the central occupied West Bank city of Ramallah on Tuesday, where she is scheduled to receive a kidney transplant.

Twelve-year-old renal failure patient An'am El-Atar, from Palestine's besieged Gaza Strip, is undergoing a kidney transplant alone in Ramallah, after Israeli occupation forces refused to allow either of her parents to accompany her for surgery. pic.twitter.com/T2DmuyFI9e

Thirteen-year-old Inaam al-Attar arrived to the Palestine Medical Center in Ramallah City with her uncle, who she is receiving the transplant from, after her parents were denied permission to travel with her from the besieged coastal enclave.

The governor of Ramallah, Laila Ghannam, welcomed al-Attar, who was filmed by several Palestinian news channels crying in the hospital saying she wanted to see her mother.

On Wednesday afternoon, official Palestinian Authority (PA)-owned Wafa news agency said that Palestinian liaison officials were able to receive approval from Israeli officials to allow Salwa al-Attar, Inaam’s mother, to leave the Gaza Strip to be with her child.

Anam Al Attar, a sick girl who had to travel ‘ALONE’ out of Gaza for her kidney transplant.
Israel can’t be more heartless. #ShameIsrael #GazaPrison #NoRights #Palestine pic.twitter.com/fHHHBuavif

Israeli authorities approved permits for medical appointments for only 54 percent of those who applied in 2017, the lowest rate since the World Health Organization (WHO) began collecting figures in 2008.

WHO reported that 54 Palestinians, 46 of whom had cancer, died in 2017 following denial or delay of their permits.