You Are Here: Home → Israel finally ends $10 billion binary options scam – or does it? 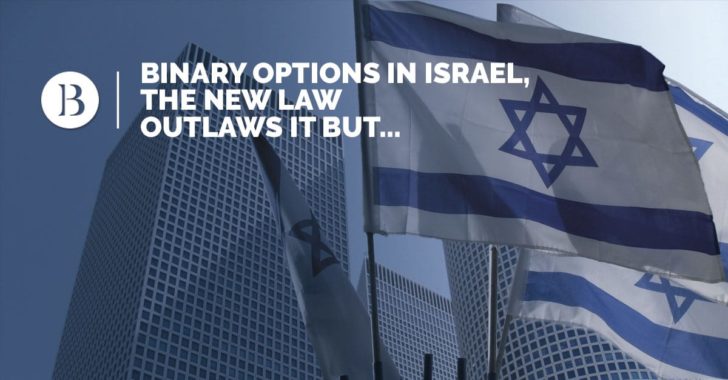 Photo from Boccadutri Law, which states: “The concern is that the fraudsters that have until now done business by means of binary options will have no problems in circumventing a weak law.”

Israel’s binary options industry has brought in $10 Billion a year for the past ten years through conning millions of people around the world. Israeli legislators finally just banned it, concerned that the scam was hurting Israel’s image. It was already illegal to sell to Israelis. Some consider the bill too little, too late.

Israeli lawmakers have finally passed a law they say will ban Israel’s notorious binary options industry, which has brought in $10 billion a year.

The money was made by scamming millions of people around the world. A recent Reuters article reports: “London-based lawyers said hundreds of their clients were duped out of vast sums of money by some Israeli firms. More than 100 operators are estimated to be based in Israel, a technology hub.”

The industry was officially banned in the U.S. but Israeli operators still managed to scam many Americans. An article in Finance Feeds reports: “America is still a target for these nefarious entities whose methodology stems not from the financial markets or technology sectors, but from the lowbrow depths of online gambling, lead buying and affiliate marketing in Israel.”

News stories through the years have described misery and suicides among victims. Finally, a year ago the Israeli government banned sales of binary options to Israelis, but continued to permit them to the rest of the world.

The current bill that now also outlaws sales abroad was passed when Israeli legislators became concerned that the industry was hurting Israel’s image.

The Jewish Telegraphic Agency (JTA) reports that Knesset member Rachel Azaria said in introducing the recent bill: “We worry about the BDS movement. This industry has a huge impact on how Israel is viewed throughout the world. Our government officials go to international conferences and their colleagues abroad raise their eyebrows because of this industry.”

The Times of Israel reports that the legislation was catalyzed by the outcry “among overseas law enforcement agencies, with the FBI at the forefront, that Israel was allowing this ‘monstrous’ fraud to flourish year after year.”

For years the Israeli government did little to stop it. JTA reports that despite widespread awareness of the scam, “Only a handful of Israelis have been arrested for binary options fraud, and none have been indicted, even as international law enforcement against the industry has ramped up.”

The article reports that an Israeli police superintendent “said Israeli organized crime was being massively enriched and strengthened because of law enforcement’s failure to grasp the scope of the problem.”

The law is set to take effect in three months, but some raise questions about it, charging that it lets perpetrators off the hook without punishment, allows scammers to simply relocate, and exempts similar activities, allowing the massive profits through victimization to continue.

The Times of Israel reports: “The original text was watered down — creating loopholes through which binary options and other rogues, simply by retooling what they do, will be able to continue to prosper.”

Austin Smith, founder of a company that reclaims money for binary options victims, calls the law “total garbage” that allows perpetrators to shift into new rackets without answering for their past scams.

“It’s more a political talking point than actually something with teeth that’s going to stop more fraud from being perpetrated,” he said. “It also does nothing to help victims of fraud recover any of their money.”

JTA reports that Smith is working with attorneys around the world to track down the heads of binary options companies as they open new operations in Cyprus  and elsewhere, moving into such industries as diamond sales, cryptocurrencies and predatory business loans.

The original legislation authored by the Israel Securities Authority would have also outlawed similar gambits – companies involved in the foreign exchange market, or Forex, and CFD financial instruments. Pressure from lobbyists caused these to be removed from the bill.

Also, some actions are still permissible under the new law. Finance Magnates reports that binary options agents will be allowed “to provide research and development services (in other words – to develop the trading software) and to sell trading software as a shelf product.”

The FM article points out: “It remains to be seen how the amendment will be enforced.”

In particular, the question may be “how much flexibility the Israeli Securities Authority (ISA) will show when industry players, especially technology and platform solutions providers, seek relief or exemption from the ISA by trying to establish that their services do not amount to operating a trading platform but rather are in the permitted realm of software development.”

The Times of Israel reports: “Binary options owners and investors include former senior employees of the state, well-known public figures, relatives of former senior police officers and more. Immensely wealthy, some of the key figures make substantial charity donations — which in turn give them access to political figures all the way to the very top of the Israeli hierarchy.”

Past, present, and future problems

The Times of Israel, whose investigative journalists were instrumental in raising the alarm about binary options, reports that some elements of the back story to the current bill “raise extremely disturbing questions about the power of Israel’s criminal classes, the integrity of some of our legislators, and the quality of our law enforcement authorities.”

The article describes courageous actions by many Israelis intent on ending the scam. It also describes major failures and predicts deep problems for the future.

The article by David Horovitz, Why binary options ban is only a small victory in the war on Israeli corruption, is subtitled: “MKs finally moved this week to shut down a mega fraud. But the legislative process exposed the impotence of law enforcement… and the growing intimidatory power of Israel’s crooks.”

Following are some excerpts from Horovitz’s indepth report:

“The binary options crooks were barred from targeting Israelis in March 2016, but were being allowed to continue to steal from foreigners — and still are, in fact, because Monday’s law only goes into effect three months from now.”

“it quickly emerged that the police complaints bureaucracy is set up in such a way as to make it almost impossible for overseas victims of crime hatched in Israel to so much as report the matter.”

“when a Canadian father of four named Fred Turbide took his own life after an Israeli binary options firm stole all his money, and a clear paper trail established exactly who had defrauded him, the police did not take any action against the individuals and company involved, which continued to operate.”

“The fraudulent salespeople routinely conceal where they are located, misrepresent what they are selling and use false identities. (The FBI affidavit against Elbaz goes into considerable detail to explain the fraud, in all its miserable manifestations.)”

“The crooks are still out there. Some binary options firms have closed down. Others have relocated overseas, including to Cyprus and Ukraine. Some of the prime movers and shakers have already adjusted their focus to other fraudulent fields — in the fields of diamond sales, cryptocurrencies, initial coin offerings and predatory business loans.

“Top scammers are still enjoying the vast overseas bank accounts, the yachts, luxury cars, exotic holidays and other profits of their ill-gotten gains.”

“The ranks of binary options owners and investors include former senior employees of the state, well-known public figures, relatives of former senior police officers and more. Immensely wealthy, some of the key figures make substantial charity donations — which in turn give them access to political figures all the way to the very top of the Israeli hierarchy.

“Some of those thousands of Israelis who have been drawn into lives of crime in the industry — cynical swindlers posing as financial experts and advisers, gloating at the naivety of their victims — are extremely cunning. And many of the higher-ups — including the computer coders, the lawyers, the affiliate marketers, and the SEO experts who manipulate Google and social media to ensure the prominence of seductive content hyping the ostensible potential for profit — are despicably smart. They will not go down without a fight. Israeli law enforcement seems largely disinclined even to try to tackle them, much less capable of doing so.”

“Monday night’s passage of the law banning binary options was but a small winning battle in what, to this extremely worried Israeli, looks for now like a losing war, a war Israel is barely bothering to fight, against a toxic cocktail of corruption.”

Alison Weir is executive director of If Americans Knew, president of the Council for the National Interest, and author of Against Our Better Judgment: The Hidden History of How the U.S. Was Used to Create Israel. Her upcoming book talks are listed here.