You Are Here: Home → Instead of being in jail, Haspel is CIA director

Instead of being in jail, Haspel is CIA director 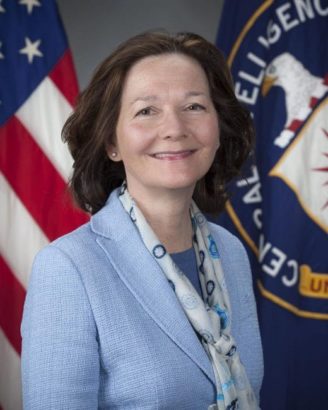 Gina Haspel, nominated by President Donald Trump to lead the CIA, is a black ops veteran who once ran a secret interrogation operation in Thailand accused of torturing detainees. If approved by the Senate, Haspel would be the first woman ever to run the Central Intelligence Agency. Haspel, 61, joined the spy agency in 1985 and served as chief of station in several posts around the world.  (AFP/GETTY IMAGES)

Had President Obama prosecuted Gina Haspel and other CIA torturers, she would have gone to prison. But Obama said he wanted to look forward, not back. Now the past returns. The past has that tendency.

By Heather Mallick, The Star

The new CIA director, Gina Haspel, is a torturer. Her office skill set includes overseeing torture and taunting victims as they lie gasping and near death. President Trump is revving up Big Torture again.

The consequences will be bloody generally, will cause American captives to be tortured, destroy whatever international goodwill the U.S. had left, and lead to awkward comparisons with other regimes that tortured: Argentina’s generals, Pinochet’s Chile, Hitler’s Germany, Duterte’s Philippines, Putin’s Russia, Japan during the Second World War. The U.S. executed Japanese soldiers for doing to prisoners what the U.S. does now in a fragile peacetime.

The American Civil Liberties Union calls Haspel “the central figure in one of the most illegal and shameful chapters in modern American history.” Edward Snowden notes she might not be able to travel to the EU, given that an ongoing human rights complaint to Germany’s federal prosecutor might mean her arrest.

But former CIA director John Brennan says, “She has tried to carry out her duties at the CIA to the best of her ability, even when the CIA was asked to do some very difficult things in very challenging times.” What a spectacular display of euphemisms. Each one is an orchid.

At a time when the Trump administration should be offering more than token solidarity to Britain after alleged Russian poisonings on British soil (another Russian exile was found dead in London on Monday), the headlines are huge, perhaps by intention to distract from Trump electoral downturns.

It need not have happened. Had President Obama prosecuted Haspel and other CIA torturers at the time, she would have gone to prison. But Obama, in his quaint timid way, said he wanted to look forward, not back. Now the past returns. The past has that tendency.

As ProPublica reported in 2017 after Haspel became CIA deputy director, she had years before sat in cells in a black site in Thailand and watched suspects waterboarded until they were so filled with fluid that it bubbled up from inside them. She mocked them. She watched Abu Zubaydah being tortured and said to him, “Good job! I like the way you’re drooling: it adds realism. I’m almost buying it. You wouldn’t think a grown man would do that.”