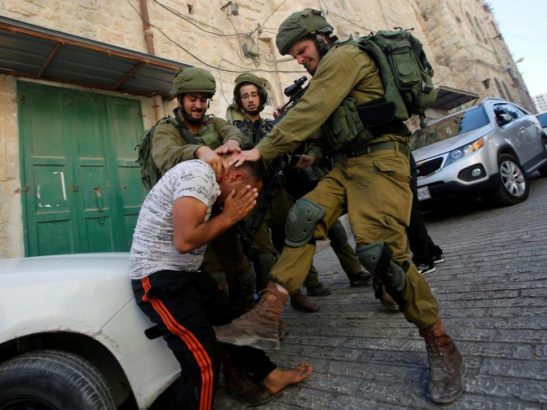 Photo of Israeli occupation soldiers beating a Palestinian man in Hebron in the West Bank, Sept. 2016. Soldiers frequently beat prisoners when they “arrest” them. The West Bank is in the Palestinian Occupied Territories; it is not part of Israel. 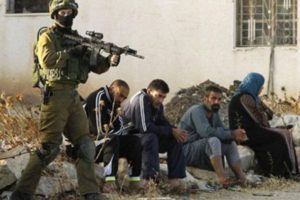 Dozens of Israeli soldiers invaded, on Wednesday at dawn, Shweika area, north of the northern West Bank city of Tulkarem, searched and ransacked dozens of homes, and abducted twelve Palestinian, including one woman, and siblings, in addition to interrogating many Palestinians. Eyewitnesses said many armored military vehicles surrounded the area, […] 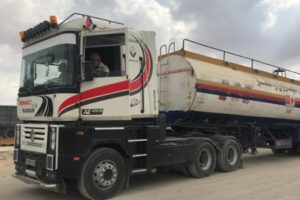 10/07/18 | International Solidarity Movement | As-Sawiya Village A group of Israeli soldiers, one Israeli policeman, and one Israeli settler harassed a group of Palestinian and international olive pickers in As-Sawiya village yesterday, demanding identification and threatening to expel the harvesters from the area. Soon after the group began work, […] 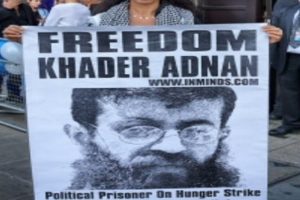 Leader of the Islamic Jihad movement, Khader Adnan, from the town of Arraba, in the Jenin district of the northern occupied West Bank, has continued his open hunger strike for 37 days in a row, in protest of his illegal and arbitrary detention. According to the Mohjat al-Quds Foundation for […] 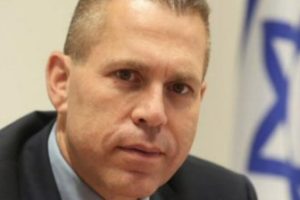 Erdan: US Student Will Be Released If She Condemns BDS

Israeli minister of Strategic Affairs Gilad Erdan, on Tuesday, said he would reconsider his official stance on denying entry to an American student over alleged links to the boycott, divestment and sanctions movement if she publicly condemned a boycott of Israel. Last week, Lara Alqasem was barred from entering the country […] 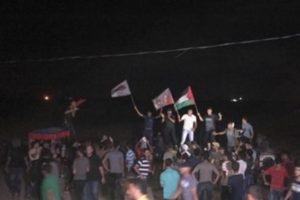 Israeli soldiers shot, Tuesday, five Palestinians with live fire, and caused scores to suffer the effects of teargas inhalation, east of Deir al-Balah, in central Gaza. Medical sources said the soldiers resorted to the excessive use of force against the nonviolent protesters, on Palestinian lands near the perimeter fence, east […] 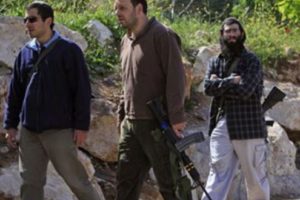 A group of extremist illegal Israeli colonists attacked, Tuesday, many Palestinians while picking their olive trees, in the area between Talfit and Qaryout villages, south of the northern West Bank city of Nablus. Ghassan Daghlas, a Palestinian official who monitors Israel’s illegal colonialist activities, said dozens of extremist colonists invaded […] 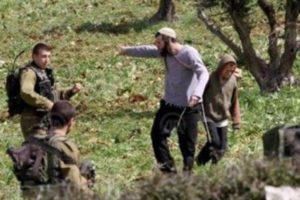 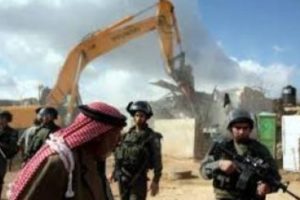 Israeli soldiers demolished, Tuesday, two residential rooms, and confiscated solar panels, in Masafer Yatta area, south of Hebron, in the southern part of the occupied West Bank. Rateb Jabour, the coordinator of the Popular Committee against the Annexation Wall and Colonies in southern Hebron, said the soldiers invaded the al-Halawa […] 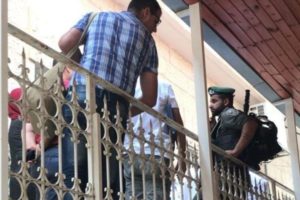 Israeli soldiers and employees of the Israeli Health Ministry invaded, Monday, a clinic run by the United Nations Relief and Works Agency (UNRWA) in the Sahera Gate area, in the Old City of occupied East Jerusalem. Eyewitnesses said the soldiers and health department employees invaded the clinic, and attempted to […] 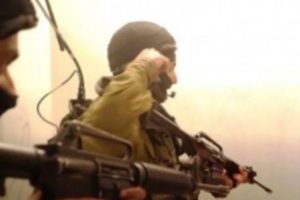 Israeli soldiers abducted, overnight until morning hours, Tuesday, thirteen Palestinians, including five women, and one child, during extensive and violent searches of homes, in several parts of the occupied West Bank. The PPS office in Tulkarem, in northern West Bank, said the soldiers abducted Abdul-Rahman Mazen Abdo, 20, and Yousef […] 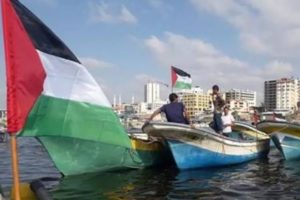 Israeli soldiers and the navy shot and injured, Monday, 29 Palestinians during a nonviolent flotilla procession from Gaza city shore towards the shore in northern Gaza, close to the Zikim Israeli controlled shore. Medical sources said the soldiers injured 29 Palestinians, including 11 with live fire, after the army fired […] 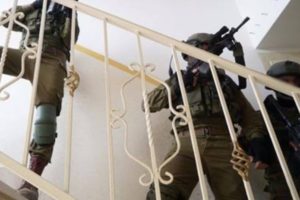 Israeli soldiers abducted, on Tuesday at dawn, the mother and two sisters of Ashraf Na’alwa, the Palestinian who fatally shot two Israeli settlers, and wounded a third, in the Industrial Zone of Barkan colony, which was illegally built on Palestinian lands in Salfit governorate, in the West Bank. The army […]