You Are Here: Home → Hundreds of Israelis disrupt prayers in oldest Christian monastery In Palestine 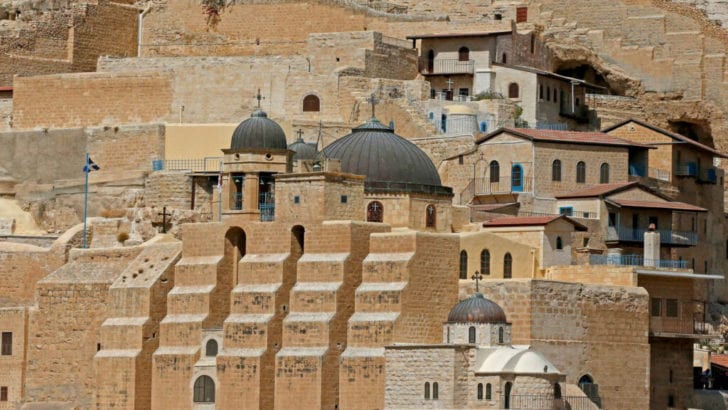 Hundreds of Israeli assailants strive to intimidate monks who gathered to pray at Saint Saba Monastery in a deliberate attempt to stop the prayers. 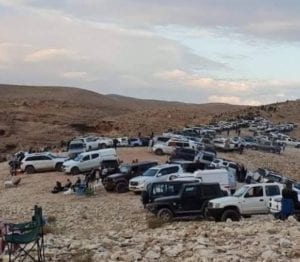 Hundreds of colonists descended to the ancient holy site, the older Christian Monastery in occupied Palestine, during the celebration of the feast of St. Saba, eyewitnesses said.

They added that the Israeli assailants then attempted to intimidate the monks who gathered there to pray, in a deliberate attempt to stop the prayers.

Palestinian Christian groups denounced the serious violation, especially since such violations continue to be ignored by countries around the world, while the so-called Christian-Zionist groups that provide cover for Israel’s constant violations, crimes, and intimidation targeting the Palestinians, both Muslims and Christians, and their holy sites, in occupied Palestine.

Background: Al-Monitor: At the foot of a mountain peak in the Kidron Valley desert, the Mar Saba Monastery sits 1,500 meters (roughly a mile) away from the town of al-Obeydiyya, east of Bethlehem.

The monastery dates back to the fifth century. Saint Saba, among other monks, founded it in 484 based on a unique engineering plan to become one of the oldest inhabited monasteries in the world.

The monastery is one of the most prominent Palestinian archaeological monuments. It is surrounded by magnificent natural sceneries showing the twists and turns of the valley.

An 18-meter (59 feet) high tower called the Justinian Tower was erected next to the monastery in the sixth century and was used for observation.