You Are Here: Home → Guardian, NYT, WaPo report: Israeli spyware is getting Israel in hot water 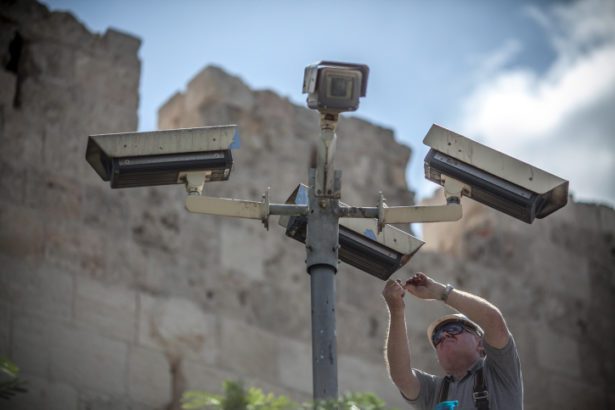 On Monday, the Guardian, the New York Times, and the Washington Post each published a different news story about Israeli technology  – all with a common thread: unscrupulous practices targeting innocent people that Israel considers a threat.

NOTE: NSO Group is an Israeli tech firm with ties to the Israeli military. Its signature spyware, Pegasus, has been implicated in cases of worldwide hacking, selling “dangerous” surveillance tools to foreign governments (allegedly including Saudi Arabia, which it used against journalist Jamal Khashoggi), and  and spying on Palestinians and their allies.

Last week, the Biden administration placed NSO Group on a US blacklist, after determining that the Israeli spyware firm has acted “contrary to the foreign policy and national security interests of the US.”

The mobile phones of six Palestinian human rights defenders, some of whom work for organisations that were recently – and controversially – accused by Israel of being terrorist groups, were previously hacked by sophisticated spyware made by NSO Group, according to a report.

An investigation by Front Line Defenders (FLD), a Dublin-based human rights group, found that the mobile phones of Salah Hammouri…and five others were hacked using Pegasus, NSO’s signature spyware. In one case, the hacking was found to have occurred as far back as July 2020.

FLD’s findings were independently confirmed with “high confidence” by technical experts at Citizen Lab and Amnesty International’s security lab, the world’s leading authorities on such hacks.

The case of the six Palestinians also raises new questions about how Israel itself may use spyware to target critics of the government or others who are seen as threatening the country.

The Israeli military has been conducting a broad surveillance effort in the occupied West Bank to monitor Palestinians by integrating facial recognition with a growing network of cameras and smartphones, according to descriptions of the program by recent Israeli soldiers.

The surveillance initiative, rolled out over the past two years, involves in part a smartphone technology called Blue Wolf that captures photos of Palestinians’ faces and matches them to a database of images so extensive that one former soldier described it as the army’s secret “Facebook for Palestinians.” The phone app flashes in different colors to alert soldiers if a person is to be detained, arrested or left alone.

To build the database used by Blue Wolf, soldiers competed last year in photographing Palestinians, including children and the elderly, with prizes for the most pictures collected by each unit. The total number of people photographed is unclear but, at a minimum, ran well into the thousands.

The surveillance program was described in interviews conducted by The Post with two former Israeli soldiers and in separate accounts that they and four other recently discharged soldiers gave to the Israeli advocacy group Breaking the Silence and were later shared with The Post. Much of the program has not been previously reported…

In addition to Blue Wolf, the Israeli military has installed face-scanning cameras in the divided city of Hebron to help soldiers at checkpoints identify Palestinians even before they present their ID cards. A wider network of closed-circuit television cameras, dubbed “Hebron Smart City,” provides real-time monitoring of the city’s population and, one former soldier said, can sometimes see into private homes…

The Blue Wolf initiative combines a smartphone app with a database of personal information accessible via mobile devices, according to six former soldiers who were interviewed by The Post and Breaking the Silence.

New York Times: Despite Abuses of NSO Spyware, Israel Will Lobby U.S. to Defend It

As a new accusation surfaces that NSO’s software may have been used to spy on Palestinians, Israeli officials say it is crucial to national security.

Hacking software sold by the NSO Group, an Israeli surveillance firm, has been used to spy on journalists, opposition groups and rights activists. There have been so many accusations of abuse that the Biden administration slapped sanctions on the company last week.

But the company’s biggest backer, the government of Israel, considers the software a crucial element of its foreign policy and is lobbying Washington to remove the company from the blacklist, two senior Israeli officials said Monday.

NSO insists that the software — which allows governments to remotely and secretly penetrate a phone, monitor its location and extract it contents — is intended to help countries combat organized crime and terrorism.

But there has been a drumbeat of periodic revelations of abuse, with the company’s Pegasus software used to hack the phones of political opponents in dozens of countries.

The latest accusation came Monday, when international computer privacy experts said that Pegasus had been deployed against Palestinian rights activists, raising questions about whether the Israeli government itself was behind the hacking.

If the new claims are true, the case would be yet another instance of the software being used against rights advocates and the first known instance of it being used inside Israel and the occupied territories.