You Are Here: Home → “Freedom Flotilla” sets sail from Sweden to the Gaza Strip

“Freedom Flotilla” sets sail from Sweden to the Gaza Strip 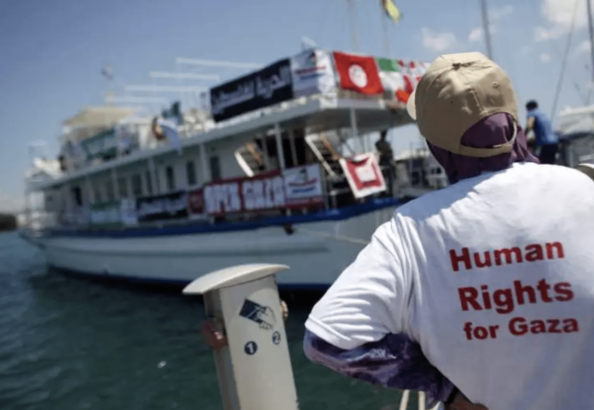 Activists aboard a flotilla to Gaza [file]. (photo credit: REUTERS)

The 2018 Gaza Freedom Flotilla, filled with humanitarian aid and activists from all over the world, is on its way from Sweden in what is expected to be a 75-day trip to Gaza. Previous attempts of this type have been stopped for the last 7 years, once with the loss of 10 activists’ lives at the hands of Israeli commandos.

The flotilla was led by a fishing boat named Al-Awda (Arabic for return), which left the Norwegian port of Bergen on April 30, and also included the Heria (Arabic for freedom) and Maird, named after Irish Nobel Peace Prize laureate and BDS activist Mairead Maguire, who was on board a 2010 flotilla.

In the coming weeks, a fourth ship called Palestine is expected to join the flotilla, which will pass through ports in Denmark, Germany and the Netherlands. The crew, which consists of activists from 20 countries, including Israel, will change several times during the journey.

According to Canada Boat to Gaza website, the flotilla is expected to reach the Gaza Strip within 75 days.

“In response to the brutal Israeli blockade, for seven years the Freedom Flotilla Coalition has carried out nonviolent direct actions aimed at raising international awareness and putting pressure on the international community to end the blockade,” a statement on the website reads.

“We sail this year for the right to a just future for Palestine… We will continue to put pressure on our governments and protest their complicity with Israel’s crimes against humanity. We sail again to stand with the Palestinians of Gaza, as they demand their freedom of movement and their right to a just future in their land,” the statement continues.

One of the activists joining the flotilla will be Yehudit Ilani, spokeswoman for MK Haneen Zoabi, who is expected to board the Al Awada. Ilani was also part of the 2016 women’s flotilla but left the ship early for what she described as logistical reasons.

On Tuesday night, before the flotilla left Gothenburg, a solidarity ceremony was held in the Swedish city with the participation of hundreds of left-wing activists from Scandinavia and other European countries to mark the launch of the flotilla. 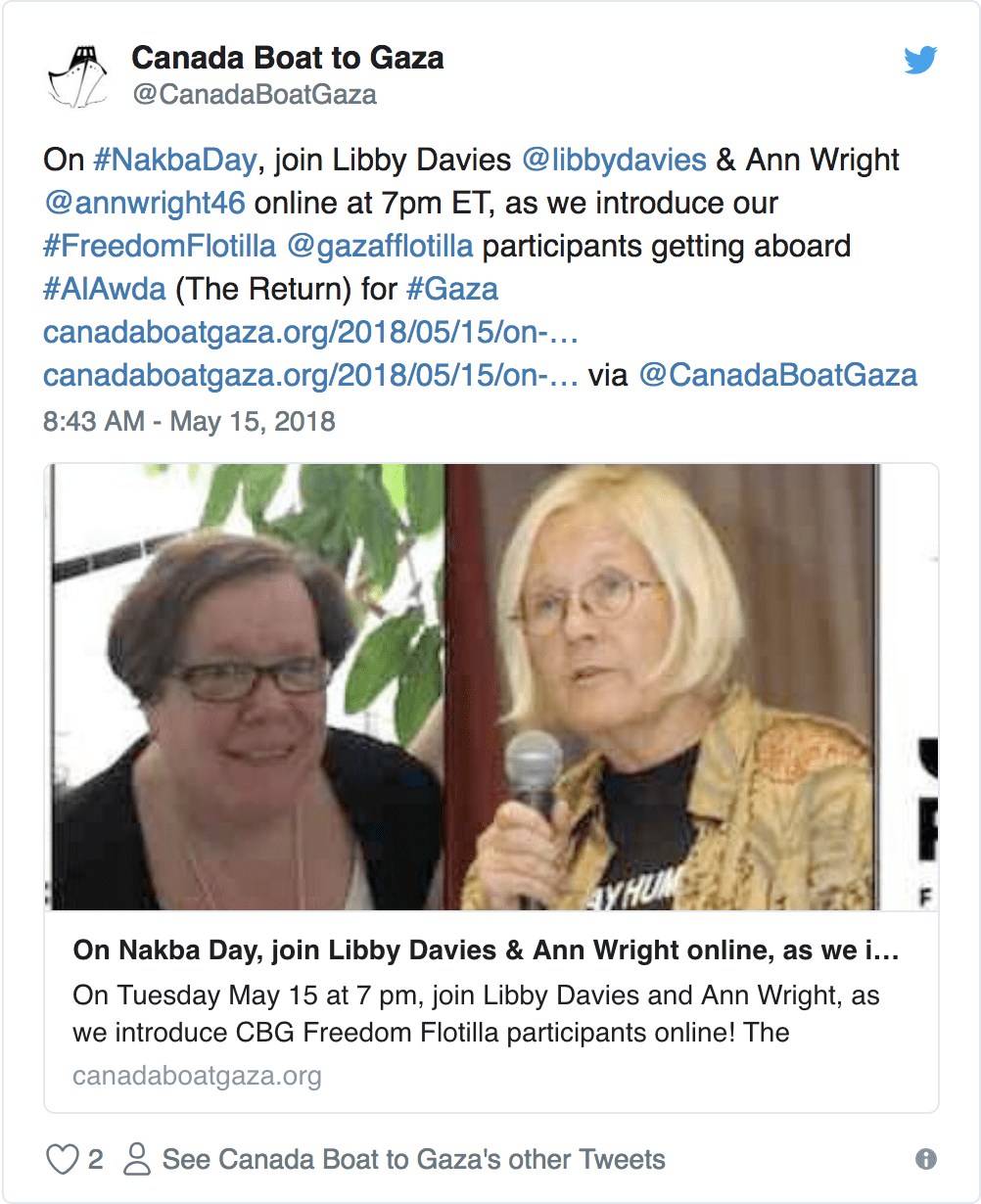 The ceremony coincided with “Nakba Day,” the “Day of Catastrophe” that marks the establishment of the State of Israel in 1948.

Israel’s declared policy is not to allow any protest flotillas to reach Gaza. In the past, the navy took control of all the vessels as they approached the Strip. There were also reports of mysterious mishaps that disrupted flotilla ships at ports of origin.

In 2016, a women’s flotilla, the Zaytouna-Oliva, was towed to the port of Ashdod, and the foreign activists on them were expelled from Israel.

In 2010, Israeli commandos killed 10 Turkish activists after they raided the Gaza-bound Mavi Marmara flotilla, which lead to years of tense relations between Israel and Turkey.