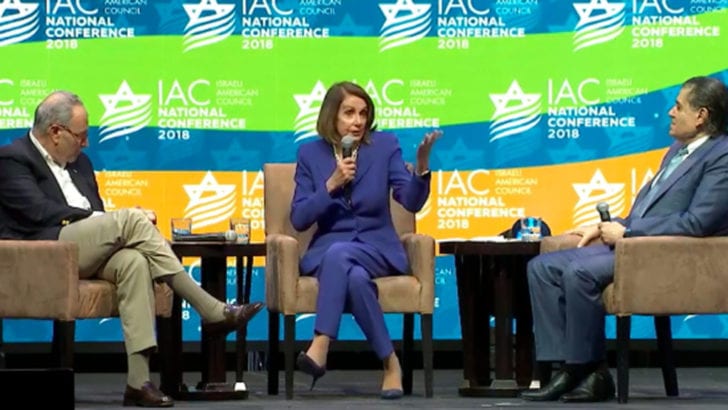 By Philip Weiss, reposted from Mondoweiss
Minnesota Congresswoman Ilhan Omar is getting a lot of heat for calling attention to how much money her Democratic primary opponent has raised from out of state sources, and Israel lobby groups are saying Omar is antisemitic because she’s named Jews among those contributors.

But as we pointed out last week, Antone Melton-Meaux is running a pro-Israel campaign; and that’s been a lucrative stance. “In the second quarter of 2020, he outraised Omar, $3.2 million to $472 thousand, and he has $2 million cash on hand compared to Omar’s $1.1 million” (according to the Hill’s hit-job on Omar).

One way to understand the donations is BDS. Ilhan Omar is for Boycott, Divestment and Sanctions (BDS) targeting Israel. Melton-Meaux is against it. [BDS is the international movement to boycott Israel over its human rights violations against Palestinians.]

This is now a fault-line in the Democratic Party. The rank-and-file clearly are favorable to BDS. Polling data show that 44 percent of Democrats support BDS; while only 15 percent oppose it. Yet 92 percent of House Democrats vote for a bill that characterizes BDS as antisemitic.

Ilhan Omar threatens that official unanimity. She is the thin end of the wedge. Along with Rashida Tlaib of Michigan, Omar gives a voice on Capitol Hill to a grassroots movement that the party leadership abominates.

Why does the party leadership abominate BDS — a nonviolent campaign aimed at granting Palestinians human rights — when ordinary Democrats have no problem with it?

My own unscientific study of contributions to the Democratic Party shows that many of the largest donors are ardent supporters of Israel. Haim Saban — who pressed Hillary Clinton to oppose BDS publicly four years ago — has given well over $2.5 million to the Democratic Party’s various branches over the last 16 months, in addition to supporting Melton-Meaux.

Many other big Democratic donors are well-known supporters of Israel. I review some of those names below. And if you want to know why the party is against BDS, this is the donkey in the room: the party is getting millions of dollars from people who don’t like pressuring Israel.

Joe Biden has rejected BDS as antisemitic and promised in May that he would fight it as president:

Biden … vowed that his administration will “firmly reject the BDS movement – which singles out Israel and too often veers into antisemitism – and fight other efforts to delegitimize Israel on the global stage.”

Biden forces have insisted on anti-BDS language in the draft Democratic Party platform.

But BDS-sympathizers managed to get a free-speech disclaimer in that draft; and the issue is playing out in the grassroots. Last summer the House overwhelmingly approved legislation that calls BDS antisemitic. Democrats voted 209 to 16 on the bill. The sixteen dissenters include Ilhan Omar, Rashida Tlaib and Alexandria Ocasio-Cortez.

AOC is a one-person wrecking ball of the party establishment in New York, with Israel implications. AOC endorsed Jamaal Bowman, who last month sent shock waves through the Israel lobby by knocking off House Foreign Affairs Chairman Eliot Engel. Bowman has approved the idea of conditioning aid to Israel because of its expansive conduct, though he has not actually endorsed BDS. A politician who has endorsed BDS — Phara Souffrant Forrest, 31– knocked off incumbent assemblyman Walter Mosley, 52, in a widely-watched race in Brooklyn. Mosley had appeared at the rightwing pro-Israel lobby group AIPAC and had pushed legislation against BDS. Souffrant Forrest had the backing of AOC and the Democratic Socialists of America.

Clinton “privately signal[ed] to wealthy Jewish donors that… she will be a better friend to Israel than President Barack Obama,” Politico reported. Even as Benjamin Netanyahu was speaking to Congress against Obama’s Iran deal in 2015 (yes, that really happened), Clinton issued statements of attachment to Israel. Months later she supported the Iran deal, but she balanced that with a letter against BDS. Leaked emails from the DNC show that donors were the core concern in her balancing act.

“[H]as she made a clear statement on Israel yet?” her campaign manager wrote. “I get this question from donors all the time. Does she need to state her principles on Israel before Iran?”

Another campaign aide answered, “That’s basically the goal of the BDS letter.”

The BDS letter was a statement of “alarm” that Clinton wrote to Saban the same month she endorsed the Iran deal:

I am writing to express my alarm over the Boycott, Divestment and Sanction movement, or “BDS”, a global campaign to isolate Israel…. I know you agree that we need to make countering BDS a priority.

Even though she was in the fight of her life politically, against Republicans, Clinton assured Saban she would work with Republicans on BDS: “I am seeking your advice on how we can work together – across party lines and with a diverse array of voices – to reverse this trend… and fight back against further attempts to isolate and delegitimize Israel.”

Clinton’s friendship with Republicans on this issue that goes against the Democratic street surely reflects the fact that Haim Saban was working with Sheldon Adelson, the largest Republican donor, to oppose BDS.

My unscientific survey of the 100-largest donations to the Democratic Congressional Campaign Committee supports the idea that donors drive this position. Several of the party’s biggest givers are fiercely pro-Israel.

–Haim Saban has given $213,000 to the Democratic Congressional Campaign Committee in 2020. Saban is famous for saying, “I’m a one-issue guy and my issue is Israel.”

–Maryland Rep. and liquor baron David Trone has given $248,500 to the congressional campaign committee in the last 16 months.

Trone is very clear about Israel and BDS in his lengthy position paper on Israel.

Israel is the homeland of the Jewish People, one to which my family and I are deeply committed… we must also speak out against the Boycott, Divestment, and Sanctions (BDS) movement, which is rooted in anti-Semitic sentiment – and we need to fight back against it. I am deeply troubled by the BDS movement on college campuses across the country and around the world.

–Cari Sacks and husband Michael Sacks of Illinois gave $426,000 together to the congressional campaign committee in late 2019. The Sackses surely care about Israel: their family foundation gives a lot of money to Birthright Israel and other Zionist causes.

–Seth Klarman, the chairman of the Times of Israel, who was mentioned in an Ilhan Omar mailer as a donor to her opponent, gave $106,500 to the DCCC earlier this year.

–Donald Sussman, a liberal Democrat who is on the board of the Weizmann Institute in Israel, also gave $213,000 to the DCCC in March.

–Andrew Hauptman appears to have wide interests philanthropically, but Israel is one of them. He gave $109,000 in March 2020.

–John Pritzker gave $106,500 in February. Pritzker’s family foundation has given money to an Israeli cultural organization.

Right there you have over $2 million in gifts from a dozen pro-Israel donors. You can imagine that that money means a lot to the Democrats, when the average gift is a lot closer to $250 a pop.

No wonder Nancy Pelosi has said that the Capitol would crumble and fall before the Congress turns against Israel. She spoke on a stage with Haim Saban, two months after his $1 million to a Democratic House majority pac in the last cycle helped do just that. Pelosi:

If this Capitol crumbled to the ground, the one thing that would remain would be our commitment to our aid, I don’t even call it our aid, our cooperation with Israel. That’s fundamental to who we are.

In adding up those numbers, I am not counting Steven Spielberg, who cares about a lot of issues but is Israel-friendly. Or supporters of liberal Zionist causes, like George Soros and Steve Silberstein. Presumably they might support real pressure on Israel.

Another thing the DCCC records show is that while Jews are obviously many of the largest givers to the Democratic Party (conventional wisdom saying about half of Democratic gifts come from Jews), most of those Jewish givers seem to care about other things than Israel. For instance, Susan Zadek Mandel cares about the environment and education, Josh Bekenstein cares about the environment, hospitals, the arts, Boston civic organizations, refugees.

Thanks to Dave Reed and Michael Arria.