You Are Here: Home → Author, journalist Alan Hart – truth teller about Palestine – will be profoundly missed 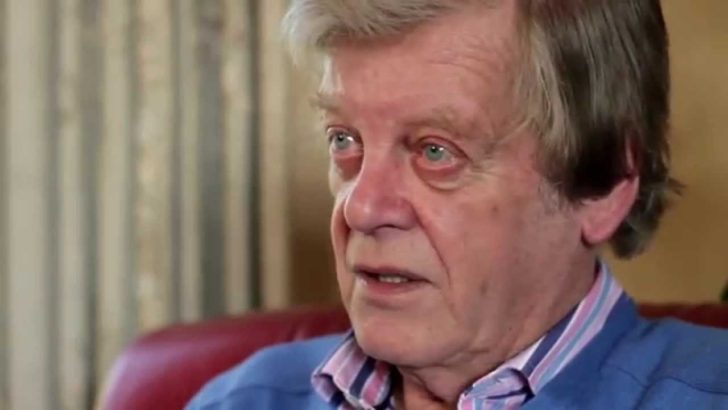 Alan Hart, a British journalist whose books, articles, and speeches brought profound awareness about Palestine, has passed away.

Alan Hart, our beloved father, passed away yesterday at the age of 75.

Although his passing was sudden, he had been unwell for the last few years. We thought we had lost him a year ago, but he got better and was able to continue working for peace and unity in the world.

He went into hospital yesterday morning and, whilst he remained unresponsive, his heart remained strong for as long as it could. But in the early afternoon, a calmness came over him, vital signs began failing and a body shut down shortly followed.

We were there to hold him, say our goodbyes and support each other.

The human body – his home no more.
His energy, essence and spirit – well & free.

We sincerely thank all of you for the trust, friendship and support you all showed and shared over the years. We know that he appreciated it very much and so do we.

p.s. We are compiling an album in memory of Alan that will be present at the funeral and then kept by Nicki (his wife, our mum) in the family home. If you would like to contribute a reading, a poem, a photo or a memory, please provide it as a single sheet A4 (doc/pdf) and send it to alanhartmemories@gmail.com. We welcome your contribution.

Alan Hart was engaged with events in the Middle East for nearly 40 years. He was a correspondent for ITN’s News At Ten and the BBC’s Panorama programme. His three-volume exposé on Zionism is required reading for anyone concerned about Palestine-Israel, the Middle East, and world peace. Read more about Alan Hart, his articles and speeches here.

His work for justice in Palestine was of profound importance. He will be deeply missed.

[Check back for additional information about his life and work.]

A tribute from Mazin Qumsiyeh:

The last message I received from Alan was 27 October 2017 and it has the
two most succinct recommendations for us Palestinians which are timely
today:

It was good to hear your voice if only briefly and thanks for your message
explaining the brevity. I would be able to entertain a small degree of hope
if two things could be made to happen.

The first and most important is bringing back to life the PNC [Palestine
National Council], refreshed and re-invigorated by elections to it in every
place/country where the Palestinians are. This would enable the Palestinian
people as a whole to speak to power (and the media and citizens) with one
voice, (as Zionism does and always has done). The problem is this requires
the Palestinian diaspora to put its act together and become engaged. I
understand the reasons why it has not done so yet. Those who live in the
Gulf are frightened of offending the corrupt and repressive regimes. And
those who live in Europe and North America are frightened of losing their
jobs. So yes ,it’s a tough call.

The other thing that should happen is that pro-Palestinian groups
everywhere should put their act together so that from time to time, when it
matters most, they also can speak to power with one voice. They are all
small/smallish groups doing their own little thing in splendid isolation
and are, in my view, like flies to be swatted away by Zionism. (That’s an
exaggeration to make a point nut the point is valid).

I hope, habibi, that you are well aware that my admiration of and respect
for the steadfastness of the occupied and oppressed Palestinians is without
limit. If any people on earth should have been dehumanized by what has
happened to them and is still happening it’s them. They have not been
dehumanized but their oppressors have.