You Are Here: Home → AP’s articles on Ilhan Omar left out much of the story 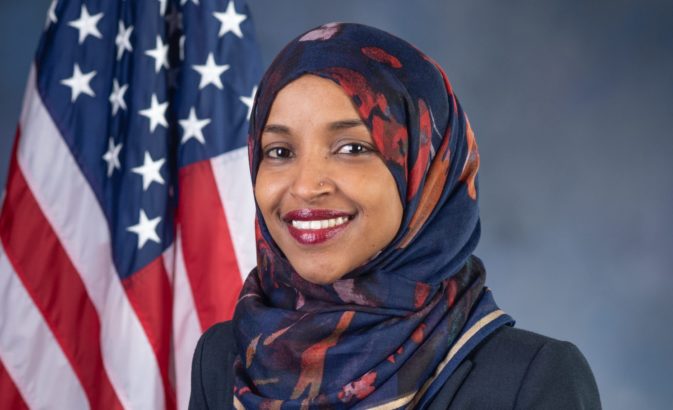 The Associated Press sent out two versions of a story on responses to Ilhan Omar’s comments regarding the Israel lobby. Both were entitled “Omar’s edgy Israel tweet no surprise to some back home.” One version was slanted; the other made that one look good.

As we’ll see below, such distortion on Israel-Palestine isn’t unusual for AP.

AP’s longer report led off with accusations against Omar claiming she was “antisemitic,” and stated that the concerns were “confirmed.”

Only at the end of five long paragraphs did the report finally mention that some people disagree with the accusations.

The story then included comments on “both sides.” The problem is that the article gave significantly more space to individuals who claimed Omar is “antisemitic” as to those who defended her.

While the long article includes quotes from local Jewish and Muslim communities, it failed to include comments from a Christian organization in the area that focuses on Palestine,  which could have described how false claims of antisemitism are often used to silence criticism of Israel.

AP also sent out a short version of the story, which seems to have been disseminated first. This version was even more prejudicial to Omar. It went to some newspapers and, especially, to radio and TV news programs.

In this report, only the accusations against Omar were published. There was no indication whatsoever that there are people who disagree with the accusations of antisemitism, believe her comments to be valid, and support her.

What else AP left out

The AP article also fails to include the fact that numerous experts have confirmed Omar’s point that the Israel lobby has a massive and damaging influence on U.S. policies.

Fortune magazine calls AIPAC “the biggest, most powerful group in the Israel Lobby.”

According to Fortune, AIPAC has “serious juice when it comes to Washington politicking. The group has one of the most sophisticated lobbying efforts around, including a highly professional set of lobbyists on the Hill who know how to get congressman to vote their way when it comes to issues affecting Israel.”

Rosenberg says: “The power of AIPAC over members of Congress is literally awesome, although not in a good way.”

Former Congressional campaign staffer Ady Barkan reports: “As a Jew, an Israeli citizen, and a professional lobbyist (ahem, activist), I speak from personal experience when I say that AIPAC is tremendously effective, and the lubricant that makes its operation hum is dollar, dollar bills.”

International scholars John Mearsheimer and Stephen Walt’s book and London Review of Books article on the Israel Lobby document this power. They state:

“The bottom line is that AIPAC, a de facto agent for a foreign government, has a stranglehold on Congress.”

A reviewer of their best-selling book wrote: “To almost anyone with experience in American electoral politics, Mearsheimer and Walt were stating the obvious: The near unanimity of politicians’ support for Israel resulted not from inborn Zionist sympathies, but rather organizing and influence—which in Washington invariably involves money.”

AIPAC is a “leviathan among lobbies”

Many Israel partisans have also previously made Omar’s point.

Jeffrey Goldberg, an Israeli citizen who served in the Israeli military, currently editor of The Atlantic, called AIPAC a “leviathan among lobbies, as influential in its sphere as the National Rifle Association and the American Association of Retired Persons are in theirs.”

J.J. Goldberg, columnist for the Jewish weekly newspaper The Forward, said regarding AIPAC, “There is this image in Congress that you don’t cross these people or they take you down.”

As a result of this lobby, Congress is currently poised to pass a $38 billion package to Israel, the largest such aid package in U.S. history. The aid, to be given to Israel over a 10-year period (and which will likely go even higher), works out to over $7,000 per minute and is about $23,000 per every Jewish Israeli family of four.

AP has failed to inform Americans about this legislation.

AP, which normally provides valuable reporting, has a record of providing slanted coverage on Israel-Palestine.

In the past several years, our organization has conducted two statistical studies on AP reports. Both revealed notable distortion.

A study of AP’s 2004 reports showed that AP had covered Israeli children’s deaths at a rate 7.5 times greater than they reported on Palestinian children’s deaths, which were far greater and had occurred first.

Perhaps this distortion is related to the fact that AP’s control bureau in the region is largely staffed by Israeli journalists, who write and edit the AP reports that are sent to the U.S. – even those carrying a Palestinian byline.

Americans need and want full coverage, not slanted journalism, on all topics, including Israel-Palestine. AP can and should do better.

Yes, Ilhan, there is an Israel Lobby – Despite the Phony Controversy, by Walter L. Hixson, distinguished professor of history at the University of Akron