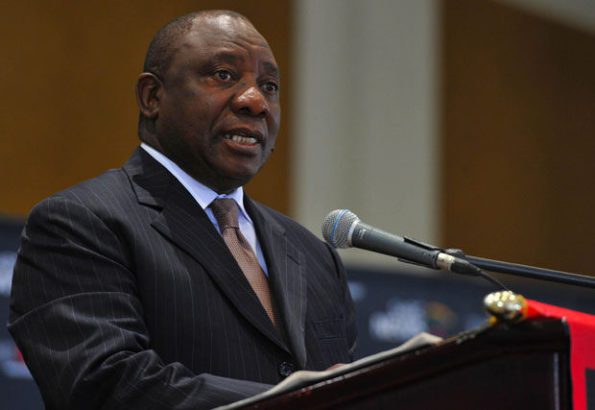 A constitutional lawyer by profession, Chairperson Faki has occupied senior governmental positions in a career that has spanned over 30 years and includes tenure as foreign minister and Prime Minister in his native country Chad.

Since it was announced through international media outlets in late July that the African Union Commission Chair, Moussa Faki Mahamat, had granted observer status to the State of Israel, the response has been swift in condemnations from several AU member-states.

This action which was carried out absent of any consultations with the 55 member-states and other observer status entities such as the Palestinian Authority (PA), has been described as a violation of the AU’s own legal protocols related to international relations.

South African President Cyril Ramaphosa described the move by Mahamat as “appalling” particularly in light of the recent Israeli Defense Forces (IDF) bombardments of the besieged Gaza Strip and the continuing attacks by the police and IDF on Palestinian civilians in the other occupied territories.

South Africa under the leadership of the African National Congress (ANC) has maintained strong ties with the Palestinian Authority. Within South Africa itself there has been a vigorous Palestine solidarity movement for many years. President Nelson Mandela (1918-2013), the founding leader of Democratic South Africa after 1994, defended the ANC’s position on Palestinian liberation as early as 1990 when he visited the United States after being released from 27 years of imprisonment under the apartheid regime.

Israel has been referred to as an apartheid state necessitating international sanctions and isolation from the world body of nations. However, it is the U.S. under successive administrations which has funded the State of Israel to the tune of billions annually while providing military assistance along with diplomatic cover. The current administration of President Joe Biden had refused to even call for a ceasefire when the IDF was destroying the entire infrastructure of Gaza, denying the Palestinians access to holy sites in Jerusalem and forcefully removing the Arab residents of neighborhoods designated by Tel Aviv as Jewish land.

It was the advent of mass demonstrations largely led by Arab Americans in cities such as Dearborn, Michigan which pressured the Biden administration to push Israel to halt the blanket bombings in Gaza and the brutal attacks in other areas of the occupied areas of Palestine. A coalition of U.S. Congresspeople were threatening to hold up an allocation of additional aid from Washington to Tel Aviv. After the declaration of a ceasefire brokered by Egypt, the same anti-Palestinian policies have continued.

A South African government statement issued on July 29 from the Department of International Cooperation and Relations said of the AU Commission Chair’s action which granted observer status to Israel emphasized that: “The decision by the AU Commission in this context is inexplicable. The unjust actions committed by Israel offend the letter and spirit of the Charter of the African Union. The AU embodies the aspirations of all Africans and reflects their confidence that it can lead the continent through the practical expression of the goals of the Charter, especially on issues relating to self-determination and decolonisation. Israel continues to illegally occupy Palestine in complete defiance of its international obligations and relevant UN resolutions. It is therefore incomprehensible that the AU Commission chooses to reward Israel at a time when its oppression of Palestinians has been demonstrably more brutal. The South African government will ask the Chairperson of the Commission to provide a briefing to all member states on this decision which we hope will be discussed by the Executive Council and the Assembly of Heads of States and Government.”

Other states such as Botswana, Namibia and Algeria are also speaking out against the failure of the AU Commission to live up to its responsibilities as outlined in the charter. The AU Commission based in Addis Ababa, Ethiopia is tasked with defending the interests of the organization under the direction of the Assembly and Executive Council.

Namibia emphasized: “Granting observer status to an occupying power is contrary to the principles and objectives of the Constitutive Act of the African Union, particularly at a time when the State of Israel is increasing its acts of oppression in total violation of international law and disregard for the human rights of the Palestinian people…. In this regard, Namibia will officially submit its objection/reservation to the chairperson of the AU Commission, in due course.”

These apparent policy shifts are reminiscent of the readmission of the Kingdom of Morocco to the AU in 2017 even though the government of this North African state has refused to implement United Nations and AU resolutions mandating the holding of elections on the future of the Western Sahara. The AU has accepted the Sahrawi Arab Democratic Republic (SADR) as a member of the continental organization. There are numerous resolutions in support of independence of the SADR from the Kingdom of Morocco.

Morocco openly lobbied for its readmission after it had voluntarily withdrawn from the AU predecessor, the Organization of Africa Unity (OAU), in 1984 when the majority of the regional body voted to recognize the SADR. When the AU allowed Morocco to again join the organization, there were strong objections from South Africa, Zimbabwe, Algeria and at least twelve other states.

In addition to the contradictory policies related to the Western Sahara and Palestine, the increased imperialist militarization of Africa by western states has undermined the capacity of the organs within the AU to establish effective peacekeeping operations independent of the funding and logistical support from the Pentagon and allied NATO countries. Dr. Kwame Nkrumah (1909-1972), the president of the First Republic of Ghana and co-founder of modern African politics, denounced imperialist military interventions on the continent. On February 24, 1966, Nkrumah was overthrown by a clique of military officers and police guided and coordinated by the U.S. Central Intelligence Agency (CIA) and the State Department.

The U.S. Africa Command (AFRICOM) has thousands of troops stationed across the continent while a base in Djibouti at Camp Lemonnier houses both French and Pentagon troops. Recently, the President Muhammadu Buhari of the Federal Republic of Nigeria, Africa’s most populous state which is plagued by insecurity in the north and central regions of the country, requested that AFRICOM relocate its headquarters from Germany to Nigeria. Such attitudes and defeatist utterances only provide the enemies of progress on the continent with a rationale for further penetration.

In his “Neo-Colonialism: The Last Stage of Imperialism” published in 1965 Nkrumah observes: “A world power, having decided on principles of global strategy that it is necessary to have a military base in this or that nominally independent country, must ensure that the country where the base is situated is friendly. Here is another reason for balkanisation. If the base can be situated in a country which is so constituted economically that it cannot survive without substantial ‘aid’ from the military power which owns the base, then, so it is argued, the security of the base can be assured. Like so many of the other assumptions on which neo-colonialism is based, this one is false. The presence of foreign bases arouses popular hostility to the neo-colonial arrangements which permit them more quickly and more surely than does anything else, and throughout Africa these bases are disappearing. Libya may be quoted as an example of how this policy has failed.”

Therefore, any “normalization” of relations with imperialist states and their allies such as the State of Israel is in essence the road to even deeper levels of neo-colonial domination of the African continent. The Republic of Sudan interim Prime Minister Abdalla Hamdok along with the military and technocrat administration established diplomatic relations with Israel in total contravention of the Israel Boycott Act of 1958. The existing regime in Khartoum has still not announced a date for the electing of a legislative structure for the country. This recognition of Tel Aviv has made Sudan eligible for predatory loans issued by the international financial institutions which have devastated post-independence Africa since the 1960s.

The Need for Political Rectification within the AU

These contradictory policies on Africa-Israeli relations cancel out the progressive and Pan-Africanist history of the continent. Those states, political parties and mass organizations in solidarity with Palestine, the Western Sahara and all oppressed and struggling peoples should take corrective measures aimed at reversing these unilateral decisions which can in no way benefit the masses of African workers, farmers and youth.

Such a program of rectification cannot be implemented without firmly addressing the continuing economic, political and military dependency of the African continent on the imperialist states and their financial institutions. The current public health crisis engendered by the COVID-19 pandemic illustrates the pressing need for innovative approaches to solving regional problems. While the western states are hurriedly vaccinating its populations against the pandemic, the number of inoculations administered in Africa represent less than two percent of those eligible amid a third wave of the outbreaks where cases are escalating in various states such as Senegal.

The way out lies in the adoption of an anti-imperialist and Pan-Africanist approach to the situation. Africa in order to develop and ensure its genuine independence and sovereignty must unite and move towards socialist construction.

For more on this story, check out Al Jazeera’s The African Union, Israel and the futility of appeasement