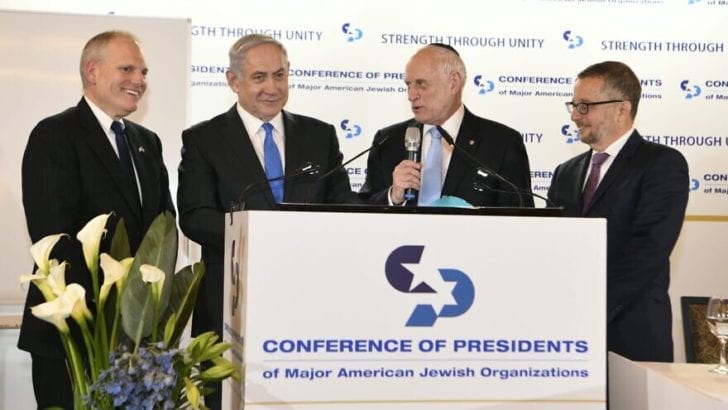 Jewish Insider reports today: “Jewish groups lobby Biden on IHRA’s working definition of antisemitism.” The IHRA definition is a non-traditional definition promoted by Israel partisans in which many negative factual statements about Israel are considered “antisemitic.”

The definition is based on a formulation proposed by an Israeli official in 2004 that has been promoted world wide.

The letter, sent to President-elect Joe Biden by the Conference of Presidents of Major Jewish Organizations on January 12th, calls on “all federal departments and agencies” to use the definition.

The letter is signed by Conference of Presidents officials on behalf of its members and by the heads of the Jewish Federations of North America, the Anti-Defamation League, the American Jewish Committee, Hadassah, the Women’s Zionist Organization of America, and the Orthodox Union.  The Presidents’ Conference consists of 53 Jewish organizations.

The letter asks to meet with the Biden transition team and incoming administration members to discuss the matter.

In response, the Progressive Israel Network, comprised of nine members, issued a counter statement opposing the use of the new definition:

As organizations that care deeply about the State of Israel and about the wellbeing of the Jewish people, we are deeply committed to the struggle against antisemitism. We are thus obligated to share our concerns about ways in which the effort to combat antisemitism is being misused and exploited to instead suppress legitimate free speech, criticism of Israeli government actions, and advocacy for Palestinian rights. In particular, the effort to enshrine in domestic law and institutional policy the International Holocaust Remembrance Alliance (IHRA) Working Definition of Antisemitism, with its accompanying “contemporary examples,” risks wrongly equating what may be legitimate activities with antisemitism.

The groups’ statement points out that one of the original drafters of the definition “has written that it was never intended to be used as a sweeping, all-purpose hate speech code” and that its use as such “is an attack on academic freedom and free speech.”