You Are Here: Home → 53 Congressional reps, a dozen Latino leaders, & top political operatives on all expense paid trips to Israel 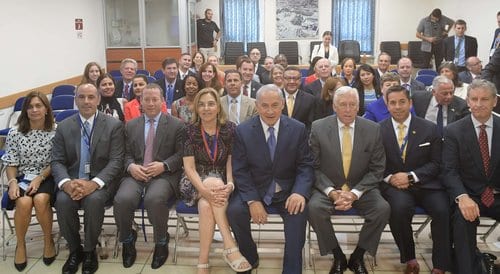 At least 53 Congressional representatives are on a week-long trip to Israel, paid for by the American Israel Education Foundation (AIEF), an arm of the powerful lobbying group AIPAC (American Israel Public Affairs Committee).

AIEF’s budget is approximately $80 million, which it uses to take diverse groups to Israel. More than a dozen Latino leaders from the Southwest U.S. have just returned from an AIEF funded five-day trip to Israel that ended Aug 6, and a trip for top political operatives was conducted in June.

The Tampa Bay Times reports about the Congressional trips:

“AIPAC gets around restrictions on privately paid travel by using the educational arm, an arrangement government watchdogs have criticized.”

“A decade ago, the House banned groups from paying for extended trips as part of the fallout from the scandal over lobbyist Jack Abramoff. But a loophole allowed educational foundations to pick up the tab. The Israel trips are estimated at $10,000 per person.

“Members of Congress feel indebted to someone who provides them with a week’s long vacation. It’s lobbying and it’s more effective than direct lobbying on Capitol Hill,” Craig Holman of the watchdog group Public Citizen, who helped draft the 2007 laws, told the Tampa Bay Times in 2013.

He said the loophole has been steadily abused and privately-paid travel is back to pre-reform levels.

“This is not what lobbying should be about,” Holman said. “It should be about providing information and expertise so lawmakers can make better decisions, not trying to buy their favors with gifts and travel junkets.”

Some Congressional members on the trip are John Rutherford, Brian Mast and Charlie Crist of Florida; James Comer of Kentucky, John Faso of New York, and Darin LaHood of Illinois.  The full roster of participants is unknown.

Both the Democratic House leader and the Republican leader refused to divulge the names of the Congressional representatives on the trip. The Majority Leader’s office suggested we get the names from AIPAC. AIPAC, however, also refused to release them. So far, national media have ignored the trip.

The AIEF website is extraordinarily sparse, containing only a short mission statement. It does not have any notices or information about these or any of the many other trips the organization has sponsored.

More than a dozen Latino leaders from the Southwest US have just returned from a trip to Israel intended to deepen their “understanding of the country and its relationship with the U.S, while building ‘a partnership’ with the Jewish community.”

One participant on the trip was Celina Vasquez, who teaches state and government courses part time at Blinn College in Bryan Texas. The local newspaper reports:

“As a Latina leader in the Bryan community, this is important for me,” Vasquez said, speaking to The Eagle by telephone from Israel. “I believe it’s going to be a transformative experience, to continue to learn the bonds that tie Israel and the relationship with the USA.”

Vasquez, who teaches state and federal government courses part-time, is participating in the one-week gathering of community leaders and political activists sponsored by the American Israel Education Foundation, or AIEF.

She said she thinks the foundation’s emphasis on Southwest Latino leaders is because they know what the future is, since “the future of America includes Latino leadership” at local, state and federal levels.

June trip for top political operatives from both parties

A June 2017 AIEF trip took 16 American political operatives from both parties to Israel.