You Are Here: Home → Which will it be: Unequivocal support for Israel or our First Amendment rights?

Which will it be: Unequivocal support for Israel or our First Amendment rights? 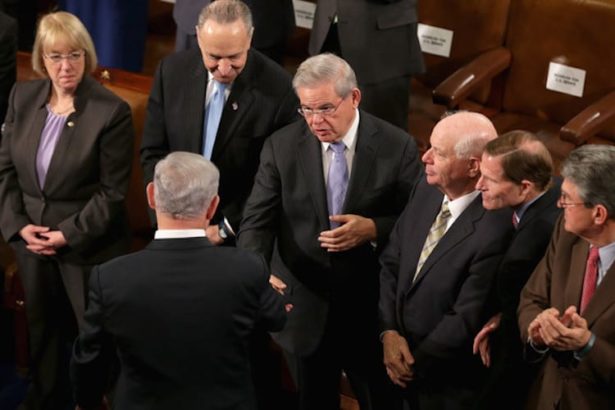 An alarming paradox has taken shape in legislation before Congress:  Our representatives would violate Americans’ First Amendment rights in order to protect the State of Israel.

This draconian legislation is H.R. 1697/S. 720, the “Israel Anti-Boycott Act,” is a proposed law that could harshly penalize the free speech of Americans who support the international Boycott, Divestments and Sanctions (BDS) movement against Israel.

By amending existing laws (Export Administration act of 1979 and the Export-Import Bank Act of 1945), this bill would prohibit Americans from supporting BDS against Israel, as an ally of the U.S.  This would include barring an American from promoting boycotts of Israel’s illegal settlements and their products, as well as even requesting information about BDS.  Beyond muzzling our constitutional right to speak freely, express political opinions, the punishments themselves are extreme: minimal civil penalty of $250,000 and maximum criminal penalty of $1 million and 20 years in prison.

Taking no position on BDS, the American Civil Liberties Union (ACLU) has severely denounced the bill in a letter urging Senators “to refrain from cosponsoring this legislation because it would punish individuals for no reason other than their political beliefs.”

The progressive group MoveOn.org opposes the legislation as it would criminalize free speech, as does the organization J Street (which opposes boycotts of Israel) because the bills threaten free speech.

Particularly distressing to this Connecticut voter is that one of my senators, Democrat Richard Blumenthal, is among those cosponsors as are two Connecticut Congressmen, Joe Courtney (D-2nd District) and John B. Larson (D-1st District).

What could motivate our representatives to violate their oath of office to “support the Constitution of the United States,” historically the Senate’s very first act, the “Oath Act” of May 5, 1789?

We know that this legislation is a priority for the Israeli lobby, the American Israel Public Affairs Committee (AIPAC).  According to The Jewish Telegraphic Agency, AIPAC helped draft the bills which are also supported by the group Christians United for Israel.

Should we assume that the promise of AIPAC campaign money and/or AIPAC’s historically effective threats to incumbents’ reelection or other corporate interests would “trump” our representatives’ obligation to uphold the rights of their constituents?  Or that historic devotion to Israel as our “cop on the beat” or as tester/recipient of our weapon systems are more important to our “national interests” than Americans’ rights?

The irony is that the BDS movement against Israel is an effort to non-violently defend the human rights of Palestinians, which Israel has egregiously violated for decades.  This is despite scores of UN Security Council resolutions and continuous Palestinian resistance to their dispossession since 1948 when over 80 percent of the majority (Christian and Muslim) population was expelled from historic Palestine by Zionist forces.

Recognizing that world governments and their quisling Palestinian Authority (PA) would not liberate them, Palestinians looked to the grassroots and the successful example of the South African anti-apartheid movement.  The BDS movement was founded in 2005 by Palestinian civil society organizations to pressure the Israeli government to comply with international law, specifically through three demands:

A likely reason for this Congressional move to “protect Israel” may be that the U.S., like Israel, recognizes that BDS is a successful, growing movement with Israel increasingly viewed as a pariah by the international community.

For examples, a UN report notes that in 2014 foreign investment in Israel dropped by 50 percent  “primarily caused by the fallout from the Israel’s . . . Operation Protective Edge [Gaza] and international boycotts against the country for alleged violations of international law.” Several U.S. churches have voted to divest from Israel, as well as in companies targeted by BDS movement such as Veolia, SodaStream, G4S security services; cities like Portland OR, Berkeley, Durham NC, and Sacramento followed by divesting from some of  these companies too; Israeli products like Sabra hummus and Ahava are being removed from store shelves, pension funds have divested from companies like Caterpillar which bulldozes Palestinian homes.

For example on the cultural level, there has been a clear rejection of all-expenses-paid trips to Israel offered to prominent actors: “Israel Invited 26 Oscar stars to visit. So far none has.”

The Green Party of the U.S. is the only American political party to endorse BDS.

U.S. support for Israel, despite growing international condemnation of its practices, is reminiscent of the Reagan Administration’s response to the South African anti-apartheid divestment movement.  As an ally of South Africa’s white minority government (purportedly in fighting communism), Reagan sought “constructive engagement” instead of economic sanctions. Eventually Congress passed the Comprehensive Anti-Apartheid Act of 1986, and even overrode Reagan’s veto of it.

Given this progressive history, now could be the moment for the U.S. to make a genuine about face toward ending the Palestinian-Israeli conflict.

Rather than harming our own citizens with undemocratic measures like the Anti-Boycott Act, our Congress must reject it and uphold the U.S. value of equality before the law.  We must stop shielding Israel at the UN; stop giving Israel over $3 billion of our tax dollars annually until Israel complies with international law–a first step being ending its military occupation/settlement of the West Bank and siege of Gaza.

Let’s not follow the ultimately self-defeating behavior of the Israeli government which has already outlawed any support for BDS, exemplified in Israel’s refusing entry to American BDS supporter Rabbi Alyssa Wise of Jewish Voices for Peace and her interfaith delegation.  Their crime: intending to meet with peace activists and faith leaders and visit their respective holy sites.

What has Israel got to lose?  Its ability to perpetuate injustice and flout international law.

What has the U.S. got to lose? Our constitutional rights to free speech and organized political opposition.

Before becoming a clinical psychologist, Justine McCabe, PhD, was an academic anthropologist, and did field work in Lebanon, Iran and the Palestinian Occupied Territories. This piece was originally published on CT Viewpoints.

Gideon Levy: Thom Yorke, This Is Why You Should Boycott Israel