You Are Here: Home → Why they hate Rex Tillerson 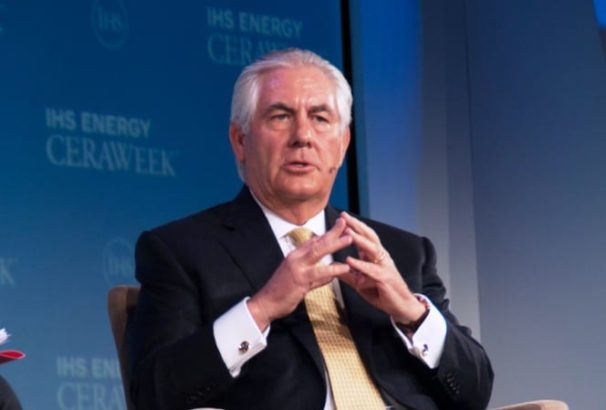 Will Secretary of State nominee Rex Tillerson, Exxon CEO, advocate beneficial non-interventionist, anti-war policies in the Middle East and elsewhere? And is that one reason he’s under attack?

Writer Justin Raimondo points out in Antiwar.com: “Exxon is one of the principal supporters of USA Engage, a business lobby that has for years argued against Iranian and Iraqi sanctions, and that believes in “positively engaging other societies through diplomacy, multilateral cooperation, the presence of American organizations,” and that “the best practices of American companies and humanitarian exchanges better advances U.S. objectives than punitive unilateral economic sanctions.”

Raimondo reports that contrary to the “leftist narrative that characterizes Big Oil as the driving force behind the War Party – remember “No Blood for Oil!”? – the reality is that the oil industry, including Exxon, opposed the Iraq war, just as they opposed the economic sanctions that preceded it. Iran sanctions are equally unpopular with the oil industry…”

The Transparent Cabal: The Neoconservative Agenda, War in the Middle East, and the National Interest of Israel

The Road to Iraq: The Making of a Neoconservative War