You Are Here: Home → How war propaganda keeps on killing

How war propaganda keeps on killing 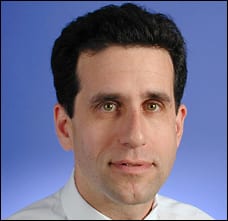 Robert Parry of Consortium News writes about the current anti-Russia hysteria and the false claims that push populations into wars. Below are some excerpts:

[T]he U.S. government and mainstream media have simply flooded the policymaking process with propaganda, some of it so crude that it would have embarrassed Joe McCarthy and the Old Cold Warriors.

Everything that Russia does is put in the most negative light with no space allowed for a rational examination of facts and motivations – except at a few independent-minded Internet sites.

Yet, as part of the effort to marginalize dissent about the New Cold War, the U.S. government, some of its related “non-governmental organizations,” mainstream media outlets, and large technology companies are now pushing a censorship project designed to silence the few Internet sites that have refused to march in lockstep.

Today, this extraordinary censorship operation is being carried out under the banner of fighting “fake news.”

The false claims that Iraq had weapons of mass destruction:

Presumably, if the hysteria about “fake news” had been raging in 2002-2003, then those of us who expressed skepticism about Iraq hiding WMD would have been forced to carry a special marking declaring us to be “Saddam apologists.”

Back then, everyone who was “important” in Washington had no doubt about Iraq’s WMD. Washington Post editorial page editor Fred Hiatt repeatedly stated the “fact” of Iraq’s hidden WMD as flat fact and mocked anyone who doubted the “group think.”

Yet, even after the U.S. government acknowledged that the WMD allegations were a myth – a classic and bloody case of “fake news” – almost no one who had pushed the fabrication was punished.

So, the “fake news” stigma didn’t apply to Hiatt and other mainstream journalists who actually did produce “fake news,” even though it led to the deaths of 4,500 U.S. soldiers and hundreds of thousands of Iraqis. To this day, Hiatt remains the Post’s editorial-page editor continuing to enforce “conventional wisdoms” and to disparage those who deviate.

In the Internet era, there will now be new-age forms of censorship. Your Web site will be excluded from major search engines or electronically stamped with a warning about your unreliability.

…Congress just approved another $160 million to combat “Russian propaganda,” which will apparently include U.S. news sites that question the case for the New Cold War.Your guilt will be judged by a panel of mainstream media outlets, including some partially funded by the U.S. government, or maybe by some anonymous group of alleged experts.

Along with that money, the House voted 390-30 for the Intelligence Authorization Act with a Section 501 to create an Executive Branch “interagency committee to counter active measures by the Russian Federation to exert covert influence,” an invitation to expand the  McCarthyistic witch hunt already underway to intimidate independent Internet news sites and independent-minded Americans who question the latest round of U.S. government propaganda.

Even if a President Trump decides that these tensions with Russia are absurd and that the two countries can work together in the fight against terrorism and other international concerns, the financing of the New Cold War propaganda — and the pressure to conform to Official Washington’s  “group think” — will continue.

The well-funded drumbeat of anti-Russian propaganda will seek to limit Trump’s decision-making. After all, this New Cold War cash cow can be milked for years to come and nothing – not even the survival of the human species – is more important than that.

Clinton’s ‘Russia Did It’ Cop-out

The Left’s Risk in Blaming Russia

Russian Interference in the Election: A Media Hoax?

The Dubious Case on Russian ‘Hacking’’

How Pro-Israel Neocons Pushed for War in Iraq [VIDEO]