You Are Here: Home → Ultra-Orthodox Israeli Lawmaker: ‘There’s a Quiet Holocaust Happening in the U.S. – Assimilation’ 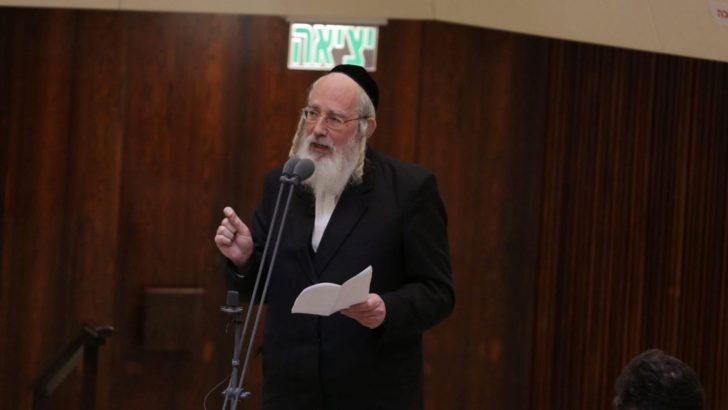 MK Israel Eichler at the Knesset in Jerusalem, May 4, 2015 Credit: Olivier Fitouss

MK Israel Eichler, who also serves as deputy Knesset speaker, says ‘not a trace of American Jews will be left because of work on Shabbat’

An Israeli ultra-Orthodox lawmaker compared the assimilation of American Jews to a “quiet Holocaust” during a Knesset debate on Thursday.

MK Israel Eichler (United Torah Judaism), who is also a deputy Knesset speaker, said, “There’s a quiet Holocaust happening in the United States – assimilation.” He added that “not a trace of American Jews will be left because of work on Shabbat.”

Eichler was speaking at a meeting of the Knesset Interior and Environment Committee on a bill that would close all businesses on the Sabbath.

Six Israeli cities are working to counter the move by first passing local municipal laws, which would allow a limited number of supermarkets to remain open, as they currently do.

Earlier this week, Eichler sharply criticized a planned Knesset committee visit to the central Israeli city of Beit Shemesh, which was recently ordered to remove signs in ultra-Orthodox neighborhoods urging women to dress modestly and keep off of sidewalks where men congregate.

He said that making him visit the flash-point city is akin to making followers of the late far-right extremist Rabbi Meir Kahane visit the Israeli-Arab city of Umm al-Fahm.

Eichler has a history of provocative statements denigrating non-Orthodox Jews. In early December, he claimed that millions of American Jews assimilated because they were “cut off” from their religion as a result of being “forced” to work on Shabbat. And in 2016, he compared Reform Jews to the mentally ill, eliciting Jewish-American responses calling his statements hate speech.