You Are Here: Home → The Six Day War and Israeli Lies: What I Saw at the CIA

The Six Day War and Israeli Lies: What I Saw at the CIA 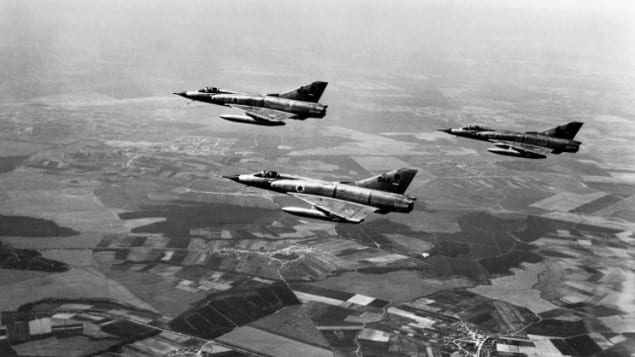 By Melvin A. Goodman, CounterPunch

On too many occasions in U.S. history, the use of force has been justified with either corrupt intelligence or just plain lies.  Such was the case in the Mexican-American War; the Spanish-American War; the Vietnam War; and the 2003 Iraq War.  The checks and balances that were needed to prevent the misuse of intelligence were not operative, and Presidents Polk, McKinley, Johnson, and Bush deceived the American people, the U.S. Congress, and the press.  In 1967, Israeli officials at the highest level lied to the White House about the start of the Six-Day War.

As a junior analyst at the CIA, I helped to draft the report that described Israel’s attack against Egypt on the morning of June 5, 1967.  There were sensitive communications intercepts that documented Israeli preparations for an attack, and no evidence of an Egyptian battle plan.  The Israelis had been clamoring about indications of Egyptian preparations for an invasion, but we had no sign of Egyptian readiness in terms of its air or armored power.  The assumption was that the Israelis were engaging in disinformation in order to gain U.S. support.

My own view was that Egypt would be unlikely to start a war with Israel while half of its army was tied down fighting in a civil war in Yemen.  CIA’s Arabists believed that Egyptian President Nasser was bluffing, and cited the low quality of Cairo’s military equipment.

We were therefore shocked when President Johnson’s national security adviser, Walt Rostow, refused to accept our intelligence assessment on the Israeli attack.  Rostow cited “assurances” from the Israeli ambassador in Washington that under no circumstances would the Israelis attack first.  Over the protests of Israeli defense minister Moshe Dayan, the Israeli government lied to the White House about how the war started.  President Johnson was told that the Egyptians had initiated firing on Israeli settlements and that an Egyptian squadron had been observed heading toward Israeli. Neither statement was true.As a result, our report describing surprise Israeli attacks against Egyptian, Jordanian, and Syrian airfields encountered a hostile response from the National Security Council.  Fortunately, CIA director Richard Helms supported our assessment, and the National Military Command Center corroborated the report as well.  Rostow summoned Clark Clifford, chairman of the President’s Foreign Advisory Board and a leading NSC Arabist Hal Saunders to examine our analysis, and both men provided corroboration.In addition to lying to the White House about the start of the war, Israeli military officers lied to the American ambassador to Israel, Walworth Barbour, about non-existent Egyptian military movements.  The CIA, meanwhile, had the benefit of satellite photography that showed Egyptian planes parked on airfields wingtip-to-wingtip, which pointed to no plan to attack.

Twenty years later, I learned that a confident of the president, Harry McPherson, was in Israel at the start of the war and accompanied Ambassador Barbour to the meeting with Prime Minister Eshkol.  When Israeli air raid sirens began to wail during the meeting, Israeli intelligence chief General Aharon Yariv assured everyone there was no need to move to an underground bunker.  If we had this information in 1967, it would have corroborated our analysis that the Israelis had destroyed more than 200 Egyptian planes on the ground.

In addition to lying about the start of the war, the Israelis were even more deceitful three days later when they attributed their malicious attack on the USS Liberty to a random accident.  If so, it was a well planned accident.  The ship was a U.S. intelligence vessel in international waters, both slow-moving and lightly armed.  It brandished a five-foot-by-eight-foot Stars and Stripes in the midday sun, and didn’t resemble a ship in any other navy, let alone a ship in the arsenal of one of Israel’s enemies. Yet the Israelis claimed that they believed they were attacking an Egyptian ship.

The Israeli attack took place after six hours of intense, low-level reconnaissance.  It was conducted over a two-hour period by unmarked Mirage jets using cannons and rockets.  Israeli boats fired machine guns at close range at those helping the wounded, then machine-gunned the life rafts that survivors dropped in hope of abandoning the ship.  The NSA investigation of the disaster remains classified to this day.

Melvin A. Goodman is a senior fellow at the Center for International Policy and a professor of government at Johns Hopkins University.  A former CIA analyst, Goodman is the author of Failure of Intelligence: The Decline and Fall of the CIA and National Insecurity: The Cost of American Militarism. His latest book is A Whistleblower at the CIA. (City Lights Publishers, 2017).  Goodman is the national security columnist for counterpunch.org. This article was originally published by CounterPunch.

To sign a petition on the Liberty, go here. For additional actions to take, go here.

Documentary on the Liberty: