You Are Here: Home → Senate bill would elevate role of anti-Semitism envoy 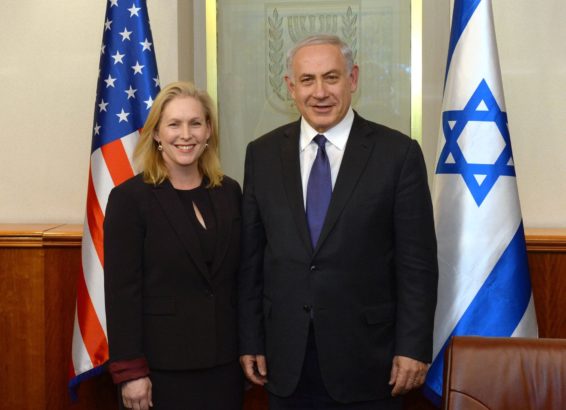 A Republican and a Democrat in the U.S. Senate introduced legislation that would enhance the role of the State Department’s anti-Semitism envoy.

[The position of anti-Semitism envoy was created in 2004 over the objections of the State Department, which felt it was not needed.]

Sens. Kirsten Gillibrand, D-N.Y., and Marco Rubio, R-Fla., on Monday introduced the “Special Envoy to Monitor and Combat Anti-Semitism Act of 2017,” a companion bill to one introduced earlier this year in the House by U.S. Representatives Reps. Chris Smith, R-N.J., and Eliot Engel, D-N.Y.

The Senate bill would elevate the existing position to ambassador-level and ban “double-hatting,” or giving the position to someone who already has another assignment.

While there have been claims of “rising antisemitism,” it’s unclear how accurate these claims are. Most of the seemingly antisemitic threats over the past year were hoaxes by an Israeli citizen. Others were part of a hoax by an American trying to get his girlfriend into trouble. In addition, much of the alleged “antisemitism” is actually criticism of Israel and not bigotry against Jewish individuals. For more information see “International campaign is criminalizing criticism of Israel as ‘antisemitism.’”