You Are Here: Home → Pelosi: “There is no greater political accomplishment in the 20th Century than the establishment of the State of Israel”

Pelosi: “There is no greater political accomplishment in the 20th Century than the establishment of the State of Israel” 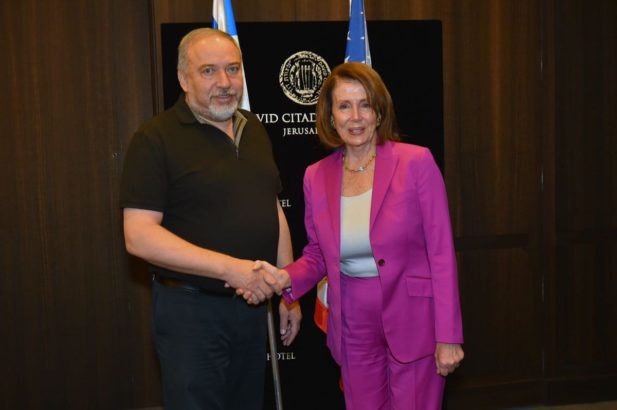 “There is no greater political accomplishment in the 20th Century than the establishment of the State of Israel,” said Leader Pelosi. “Our delegation is pleased to be able to extend the congratulations of the American people to the people of Israel as we celebrate the 70th anniversary of Jewish state this spring.”

“In Jordan, our delegation travels at a vital time in the U.S. relationship with this key ally,” Leader Pelosi said. “We anticipate productive meetings on how our two nations and people can work together to strengthen our economic and security relationships. Members are particularly interested in reviewing the Syrian refugee and humanitarian challenges as well as addressing other critical challenges facing the region.”

In addition to Leader Pelosi, the Members of the delegation are: