You Are Here: Home → One Palestinian Killed, Two Injured, After Being Rammed By an Israeli Settler’s Car

One Palestinian Killed, Two Injured, After Being Rammed By an Israeli Settler’s Car 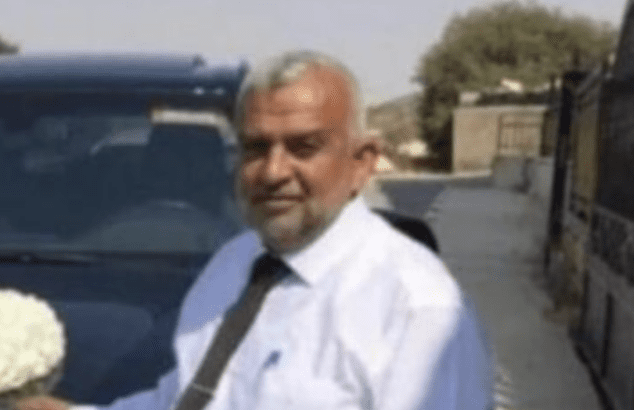 Bilal Shehada Bawatna, killed by Israeli settler car, the latest in a spate of settler violence.

An Israeli settler, driving at a high speed, hit 3 Palestinians on a nature walk, killing 1. Bawatna is the fifth Palestinian to be killed by Israelis this year, and the second by a car ramming.

Settler violence has long since become routine in the West Bank. Yet since 16-year-old Israeli Ahuvia Sandak died during a police chase near the settlement of Kochav Hashachar on 21 December 2020, the number of violent settler attacks against Palestinians has sharply risen throughout the West Bank.

Over the course of five weeks, from 21 December 2020 to 24 January 2021, B’Tselem field researchers documented 49 incidents of this kind (not counting protest marches or roadblocks in which settlers did not throw stones). Twenty-eight involved physical assaults: 19 cases in which settlers threw stones at passing vehicles; three cases of shooting; and six attacks of other kinds. In the other incidents, settlers vandalized Palestinian property, damaged crops and attacked homes.

In at least 26 of the cases B’Tselem documented since Sandak’s death, Israeli security forces were present at the time of the attack. Instead of arresting the assailants, in five cases they attacked the Palestinians, firing rubber-coated metal bullets or tear gas canisters at them and injuring two. In the remaining 21 cases, the forces did not do enough to prevent the attacks. [Read the full report here.]

Palestinian Medical sources have confirmed that one man was killed, Friday, and two were injured, after being rammed by an illegal Israeli colonist’s car, while participating in a nature walk activity in the Northern Plains of the occupied West Bank.

Mo’taz Bisharat, a Palestinian Authority official who monitors Israel’s colonialist activities in Tubas, said one man was killed and two were injured, all from the Ramallah governorate in central West Bank, when they were struck by the speeding colonist’s car near Ein al-Baida and Bardala Junctions in the Northern Plains of the Jordan Valley.

Bisharat added that the Palestinians came to the area to participate in a nature walk and exploration in the Northern Plains.

The Palestinian Red Crescent Society (PRCS) rushed to the scene and moved the corpse of Bilal Shehada Bawatna, 52, to a Palestinian hospital, while Israeli medics moved the wounded residents to the al-Afula hospital.

Bawatna is from the Sateh Marhaba neighborhood in the al-Biereh city, north of Ramallah.

Eyewitnesses said the Israeli colonist was driving at an exceedingly high speed when he rammed the Palestinians, killing Bawatna and wounding the two others.

The funeral procession of Bilal Shehada was held, on Friday evening, starting from Palestine Medical Complex in Ramallah, heading towards Sateh Marhaba neighborhood, before the Palestinians took his body to the al-Ein Mosque in the city, and conducted the burial ceremony in the Shuhada Graveyard in the city.

On January 31, the soldiers shot and killed Mohammad Hussein Amro, 35, from Halhoul, north of the southern West Bank city of Hebron,

On January 26, the soldiers shot and killed Atallah Mohammad Rayyan, 17, near Salfit in central West Bank.

On February 10, a Palestinian man, identified as Azzam Jamil Amer, from Kafr Qalil village near Ramallah, was killed after being rammed by an Israeli colonists’ car near Salfit, in central West Bank.

On January 11, the Israeli police killed Bashar Zubeidat, 18, during a protest against police violence near Haifa.