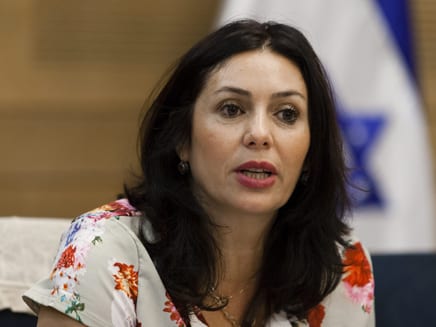 The entire world understands occupation, but the NBA bows to Israel’s pressure.

by Peter Beaumont, the Guardian

Israel’s far-right sports and culture minister has taken credit for the US National Basketball Association’s decision to remove the description “occupied” from its depiction of Palestine on its website, despite the fact that the phrase describes the internationally recognised legal status of the Palestinian territories.

The NBA’s site originally listed “occupied Palestine territories” and at time of writing had deleted the word “occupied” at the instance of two Israeli ministers, one of whom suggested they were in fact part of Israel.

The row over the inclusion of the words in a pop-up menu provided by a third party in an online poll of favourite players is the latest example of the lengths Israeli ministers will go to challenge the accepted legal definition of Palestine’s status.

In a letter to the NBA commissioner, Adam Silver, the sports minister, Miri Regev, called the Palestinian territories “an imaginary ‘state’” and said the listing was not in line with Donald Trump’s recent recognition of Jerusalem as Israel’s capital.

“I view the inclusion of ‘Occupied Palestine’ in the list of countries appearing on your official website as legitimizing the division of the State of Israel and as gross and blatant interference, in contrast to the official position of the American administration and the declarations of President Donald Trump, who just recognized Jerusalem as the capital of Israel,” wrote Regev.

The NBA’s president of social responsibility, Kathy Behrens, told Israel National News that country listings were provided by a third party. “We do not produce the country listings for NBA.com, and as soon as we became aware of it the site was updated. We apologise for this oversight, and have corrected it,” Behrens said.

Palestinians seek east Jerusalem, captured by Israel from Jordan in the 1967 six-day war, as the capital of their future state. Israel claims the whole city as its capital.

Regev thanked Silver on Friday for removing the words. She said: “Israel’s lands are not occupied; therefore what was written was false and should have been deleted.”

Regev’s position is starkly at odds with mainstream international opinion and that of the UN, which refers to the West Bank and Gaza as occupied.

Both the United Nations security council and the international court of justice regard the West Bank, Gaza and Western Golan Heights as territory that is occupied by Israel under international law.

Israel’s deputy minister of foreign affairs, Tzipi Hotovely, had also called on the NBA to take action. “This week, US ambassador Friedman called for the cessation of the use of the term ‘occupied’ in regard to Judea and Samaria, and an important sports league such as the NBA should respect this view,” said Hotovely.

Hotovely was referring to a reported claim in the Israeli media – sharply disputed by the US state department – that Friedman had called for the dropping of the term “occupied”.

Regev is no stranger to interposing herself in disputes with sporting organisations whose views do not accord with her own. Last month she threatened to pull support for the Giro d’Italia bike race after organisers described a section of the route as going through “west Jerusalem”.

by Adam B. Lerner, Politico

According to the Jewish Journal, Adelson and his wife’s private Boeing 747 jet was lent to a delegation of eight NBA players, led by Israeli Sacramento Kings’ forward Omri Casspi. Video of the players approaching the plane was posted on the Instagram account of former NBA player Gal Mekel, who is also Israeli.

The trip is part of a Casspi-led effort to fight the international movement to boycott Israel. NBA Commissioner Adam Silver has approved of the trip, according to the Jewish Press.

In Israel the players will take part in two events with Israeli basketball teams Maccabi Tel Aviv and Hapoel Jerusalem.

The players are also planning to take part in a number of philanthropic events in Israel, including some organized by the league-sponsored NBA Cares.