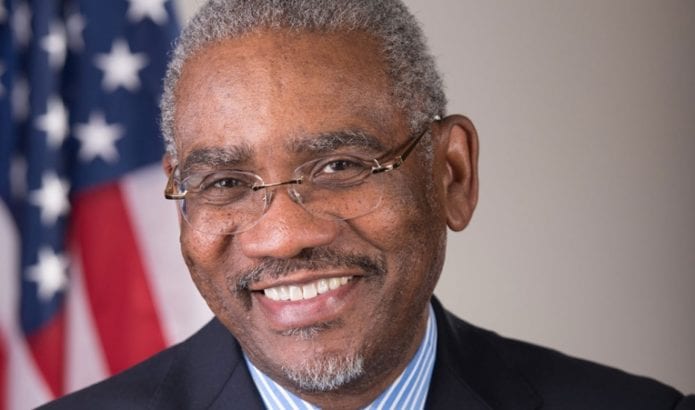 Gregory Meeks (D-NY-5) was voted by his Democratic colleagues last week to serve as the next chairman of the House Foreign Affairs Committee.

Gregory Meeks asserts that Israel has a right to self-defense, and ignores Israel’s recent killing of a teenage Palestinian boy in the West Bank.

Today the newly-anointed chair of the House Foreign Affairs Committee, Gregory Meeks (D-NY), said that Israel has a “right to defend themselves” and Palestinians need to return to the negotiating table and stop “fighting.”

Meeks was not responding to the killing. But that hardly matters. He should know about the killing if he doesn’t, and the fact that he can make this statement at this time without any reference to the killing of Abu Alia is a disgrace.

Meeks was asked by Brian Lehrer on WNYC radio this morning about the fact that the current Foreign Affairs chair, Eliot Engel, was ousted by a Democratic insurgent (Jamaal Bowman) who made an issue of Engel’s “reflexive” Israel support.

Meeks responded with a string of pro-Israel talking points. Israel is one of our closest allies, he said, and therefore:

“We got to make sure that we stand by Israel and their right to defend themselves. But at the same time I think it’s important that the way to really have a true peace in the Middle East is a two state solution.

“So I think what our focus will be, what my focus will be is to get the sides to the table to have some actual real negotiation to try and get a true peace in the Middle East which will benefit both the Palestinians as well as the Israelis. As a result we can finally try to get a place where we can have some peace instead of folks, the Palestinians and the Israelis fighting one another, seeing how they can do commerce with one another.

“Now I say that… where I’ve been to Israel and I’ve gone and seen some of the tunnels that were dug by Palestinians into Israel. So that’s why Israel has to have the right to protect itself.”

Host Lehrer did not bring up the killing of Ali Abu Alia. That too is disgraceful, given that the murder is in the minds of everybody who cares about Palestinian freedom. Indeed, Reps. Rashida Tlaib and Betty McCollum have already condemned the murder.

Also, notice that right after saying Israel should not be taking more land, Meeks needs to cover his ass by saying he’s been to the Gaza border and seen Palestinian militants. As if that justifies occupation. This is the position of the Democratic leadership. Oh, and We’re for a two-state solution.

A cruel joke at a time when the Israeli government is completely committed to taking more Palestinian land to put even more Jewish settlers on it, in addition to the 650,000 who are already there.

for a complete LIST OF PALESTINIAN AND ISRAELI CASUALTIES since 2000, go here