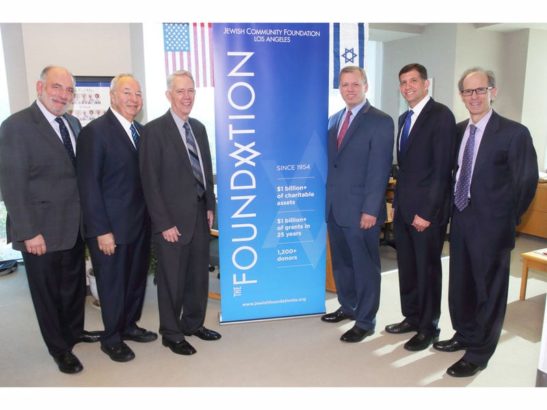 The Los Angeles Jewish Community Foundation has admitted that it funded the Israeli organization reported to run Canary Mission, the online blacklist of American pro-justice student activists. The Israeli government has used the list to interrogate and detain U.S. citizens.

For years Canary Mission managed to keep the identity of its funders secret, and major Jewish leaders claimed they didn’t know who was behind the effort to harm American students.

An exposé published by the Forward now reports: “Evidence is now building that major Jewish institutions with hundreds of millions of dollars in assets, and boards of directors that include prominent members of the U.S. Jewish community, have played a significant role in bankrolling the site.”

A foundation controlled by the Jewish Community Federation of San Francisco had previously been discovered to have been funding the Israeli group, Megamot Shalom.

The New York City-based Jewish Communal Fund and the Jewish Federation of South Palm Beach County, refused to respond to the Forward’s questions about whether they have also funded Canary Mission.

“The grants from the Los Angeles foundation to Megamot Shalom were made at the advice of a donor whose identity the foundation would not disclose. They were made through the foundation’s donor advised fund, a philanthropic device that allows wealthy individuals to park assets at the charity. While donors to a donor advised fund can suggest how their gifts should be used, the assets belong to the charity, and the charity must approve all grant recommendations.

The foundation, with net assets of $726 million, has close ties to the Jewish Federation of Greater Los Angeles, known as the major Jewish fundraising organization in Los Angeles.

The Forward states: “Canary Mission operated in absolute secrecy for three years while posting political dossiers on more than a thousand undergraduates, most of them involved in pro-Palestinian activism. The site says that it intends to damage the students’ job prospects.”