You Are Here: Home → Kamila Shamsie: yet another BDS proponent punished for following her conscience

Kamila Shamsie: yet another BDS proponent punished for following her conscience 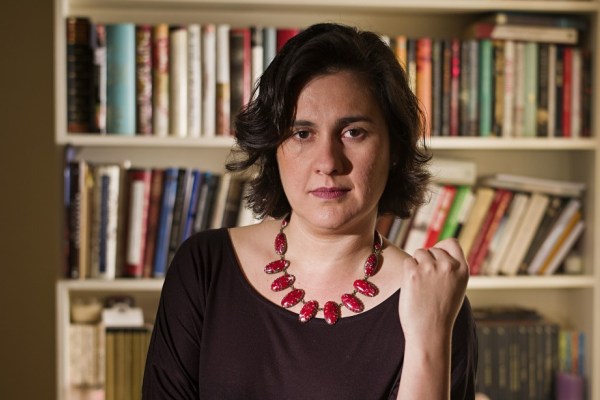 Born in Karachi, Pakistan, Kamila Shamsie studied creative writing in the US before moving to the UK in 2007. Her position on BDS (boycotting Israel over its human rights violations) caused her literary award to be rescinded.

Renowned author Kamila Shamsie won a prestigious literary award in Germany. Then a rightwing website dug up “dirt” – Shamsie supports BDS! – and just like that, the award was rescinded.

Last week, the German town of Dortmund got it exactly wrong.

This month, British-Pakistani author Kamila Shamsie was awarded the Nelly Sachs Prize, which honors authors for “outstanding literary contributions to the promotion of understanding between peoples” – but then the award was rescinded when the selection committee was tipped off about Shamsie’s affiliation with the Boycott, Divest, and Sanction (BDS) Movement.

The pro-Palestinian, nonviolent movement has mobilized thousands of artists, academics, and corporations – as well as everyday people to spend their money where it will not enrich illegal Israeli settlements built on land stolen from Palestinians.

Academic and career activist Angela Davis was similarly stripped of a prestigious award because she supports Palestinians’ rights; Marc Lamont Hill was fired from CNN because he spoke about Palestine in the United Nations; everyday folks like Esther Koontz and Bahia Amawi and Alan Leveritt have paid a high price for their commitment to doing what they believe is right.

The Nelly Sachs Prize evaporated in Kamila Shamsie’s hands because she used her words not just to write fiction, but also to protest injustice. The panel of judges stated it in a different way: “despite prior research, the members of the jury were not aware that the author has been participating in the boycott measures against the Israeli government for its Palestinian policies since 2014” – as though BDS is a shameful hobby that she almost managed to keep a secret.

Shamsie responded to the revocation of her award with a statement:

In the just-concluded Israeli elections, Benjamin Netanyahu announced plans to annex up to one third of the West Bank, in contravention of international law and his political opponent Benny Gantz’s objection to this was that Netanyahu had stolen his idea; this closely followed the killing of two Palestinian teenagers by Israeli forces – which was condemned as ‘appalling’ by the UN special coordinator for the Middle East peace process.

In this political context, the jury of the Nelly Sachs Prize has chosen to withdraw the award from me on the basis of my support for a non-violent campaign to bring pressure on the Israeli government. It is a matter of great sadness to me that a jury should bow to pressure and withdraw a prize from a writer who is exercising her freedom of conscience and freedom of expression; and it is a matter of outrage that the BDS movement (modeled on the South African boycott) that campaigns against the government of Israel for its acts of discrimination and brutality against Palestinians should be held up as something shameful and unjust.

Just a few days later, the London Review of Books published an open letter of support for Shamsie, signed by 300 internationally renowned authors (Angela Davis had similar support). In the letter, they asked,

What is the meaning of a literary award that undermines the right to advocate for human rights, the principles of freedom of conscience and expression, and the freedom to criticise? Without these, art and culture become meaningless luxuries.

How did the judges panel find out about Shamsie’s activism? Through Ruhrbarone, a right-wing German website, which announced Shamsie’s participation in the cultural boycott of Israel by quoting her:

I would like to be published in Hebrew, but I do not know any (fiction) publisher of Hebrew who is not Israeli, and I understand that there is no Israeli publisher who is completely unentangled from the state.

Ruhrbarone accused the panel of “supporting the destruction of Israel” by awarding Kamila Shamsie with the Nelly Sachs Prize. A few days later, the award was withdrawn.

What else do we know about Ruhrbarone? Well, for one thing, it once tweeted (and later deleted) a rather telling statement calling on Israel to “transform Gaza to Garzweiler,” a reference to the site of a surface mine (or “pit mine”) that forced the depopulation of neighboring towns in its path.

In his tweets, Kweli calls Israel an apartheid state, and Zionists call them “oppressors”, calling them enemies. Not surprisingly, actually, that Kweli also refers positively to the so-called BDS label. He calls for a boycott of the state of Israel, because that would be “peaceful protest” against the very apartheid state.

When the event organizers demanded a position statement from Kweli on BDS, he took his response public:

By lying and saying that BDS is anti Semitic movement, the German government is engaging in fascism and doing a disservice to the German people…Nazis and KKK often hold Israel up as a great example of an ethno state due to how Palestinians and other darker skin people are treated there.

Boycotting, Divesting and Sanctioning are peaceful solutions to the crisis that destroys Palestinians homes and lives. It is the opposite of terrorism. It worked to make South Africa a more fair and equal nation.. If I’m not allowed in Germany because I support humanity, f*** it. I won’t go…I’d rather be a decent human being and stand up for what’s right then censor myself and lie about BDS for a check.

Talib Kweil, Angela Davis, Marc Lamont Hill, and Kamila Shamsie are part of a large and growing throng challenging the status quo of occupation and oppression in Israel/Palestine. These folks know the risks going in, and they take the hit willingly in order to bring attention to the issue.

The Nelly Sachs Prize is supposed to recognize “outstanding literary contributions to the promotion of understanding between peoples,” but the judges do not seek to understand a suffering people group. They instead choose to further empower a settler colonial project.

Is there a point at which the world will sit up and take notice? – not just a moment of outrage at a celebrity being treated shabbily, but an extended, productive outrage at the treatment of the Palestinian people for decades?

At what point will we open our mouths and say “enough”?

Angela Davis on the retraction of her civil rights award: “An attack against the spirit of the indivisibility of justice”