You Are Here: Home → House passes bill about Taylor Force, ignores 34 other Americans who were killed by Israel 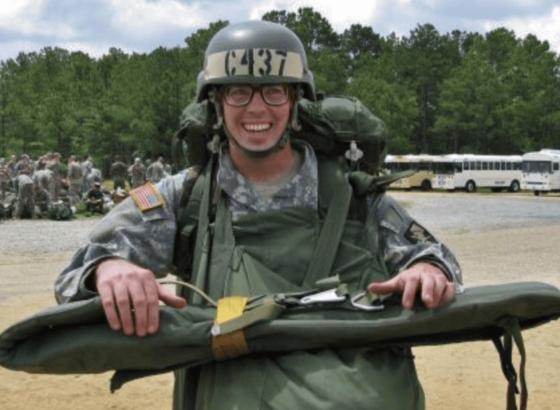 Airborne School at Fort Benning, Georgia. Taylor Force served tours of duty in Iraq and Afghanistan, before leaving the service and entering an MBA program.

The Taylor Force Act, allegedly on behalf of an American killed by a Palestinian, is designed to pressure the PA into “de-incentivizing terrorism” – even though Israel kills far more civilians. Congress and others do not show similar concern for 34 American servicemen killed by Israel.

On Tuesday, the U.S. House of Representatives overwhelmingly approved the Taylor Force Act (text here), a bill that reduces funding to the Palestinian Authority. The bill next goes to the full Senate, where it is expected to pass.

The Taylor Force Act is named for U.S. army veteran Taylor Force, who was killed by a Palestinian in Tel Aviv in March, 2016 while Force was visiting Israel as part of a Vanderbilt University MBA program.

The bill targets the PA’s so-called “pay-to-slay” policy which Israel believes incentivizes terrorism, and would strip the PA of much of its US aid if local officials can not certify that they have stopped making these payments.

Nathan Diament, executive director for public policy of the Union of Orthodox Jewish Congregations of America, commented on the unanimous approval of the Taylor Force Act, calling it

First of all, the word “practice” implies that Palestinians are regularly killing Israelis and Americans. This is decidedly not the case.

The family of Taylor Force’s killer did indeed receive a stipend after his death, as have the families of other terrorists. Such financial assistance is often crucial since Israeli forces demolish their family homes, even though the slayer’s children, wife, nieces and nephews (these homes are usually inhabited by extended families) had nothing to do with their violent action.

Most of the world has a practice of paying a “death gratuity” to the families of service members killed or injured in the line of duty. The US does; Israel does too. Both Israeli and U.S. forces have killed numerous civilians, yet families of fallen soldiers still receive funding.

The Palestinian Territories are forbidden from having armed forces: their resistance against the occupation is carried out by civilians. In the event of death, injury, or imprisonment, their families face the same financial struggles any service member’s family would face, and the Palestinian Authority provides for them.

Qadora Fares, who works with the system, explains, “This is a kind of social protection for the family. The children of the prisoners and martyrs and wounded have the right to go to schools, hospitals and get food.”

Moreover, the vast majority of recipients of payments in this program are made to families not of attackers, but of victims. Children injured by stray bullets while walking to school, young men detained while participating in a peaceful demonstration, husbands killed while sitting on their front porch – anyone killed, injured, or imprisoned as a result of Israel’s brutality.

But the greatest problem with Diament’s statement—and many like it—is the hypocrisy behind it. It is absurd to suggest that the Palestinian Authority has a problem with violence and needs to be cut off financially from American aid, while Israel, which receives approximately one hundred times more aid ($3.1 billion/year vs. $363 million), is responsible for a significantly higher number of deaths (see above, and here, for example).

Israel and pro-Israel organizations say they care deeply about the death of American ex-serviceman Taylor Force at the hands of an outlaw Palestinian, but would rather not discuss the USS Liberty, in which 34 innocent American servicemen died and 174 were wounded by our “closest ally,” Israel.

If Americans Knew contacted these organizations to ask whether they also supported USS Liberty survivors, but did not receive replies. The ADL opposed a billboard near New Haven, Connecticut billboard honoring Liberty veterans; a similar billboard honoring Liberty veterans in New Bedford was taken down when the company received complaints from Israel partisans. It would appear that only certain service members’ deaths matter to these organizations.

Hypocrisy is alive and well in the US Congress too.

Our lawmakers – the same ones who rallied behind the Taylor Force Act – were silent about other Americans who were killed and maimed in Israel and refused to investigate the USS Liberty incident. When a Palestinian is at fault, we punish; when Israel is guilty, there is no accountability. We look the other way.

Our Senators and Representatives know full well how much money they have approved to be sent to Israel – no strings attached – year after year. They know how much is spent on advanced weaponry for use on an essentially unarmed Palestinian population. Our Congressmen and Congresswomen should know that occupation is illegal, but resistance to occupation is a legal right according to the Fourth Geneva Convention. Consequently, Israel should cease and desist its occupation, rather than expecting the Palestinians to cease and desist from their resistance against the occupation.

Instead of bowing to AIPAC and punishing the Palestinians for the violent actions of a a rogue young man with no terrorist affiliation against a young American man, Congress should assess the actual damage in Israel and the Occupied Palestinian Territories and stop footing the bill for the ongoing murder of Palestinians.

The Legitimacy of Compensation for Family Members for Palestinians Killed, Injured, and Imprisoned