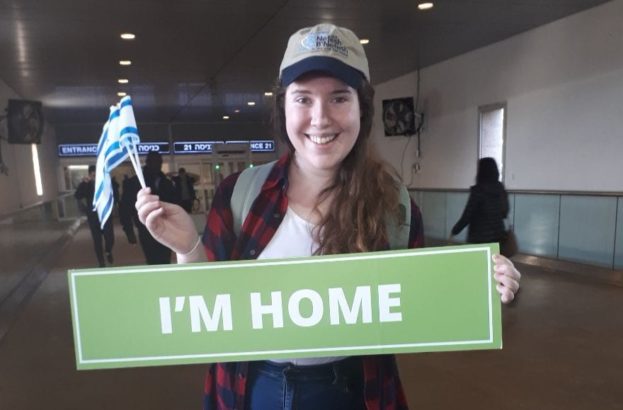 Lieberman, 20, arrived in Israel on Tuesday under the auspices of Nefesh B’Nefesh, in cooperation with the Ministry of Aliyah and Integration, the Jewish Agency of Israel, Keren Kayemeth LeIsrael and JNF-USA.

She will attend ulpan, or Hebrew language learning, at Kibbutz Sde Eliyahu in northern Israel to improve her Hebrew skills before she begins a year of National Service volunteer work.

Lieberman, who attended Jewish day schools, has regularly visited Israel with her family or as a participant in touring or Jewish learning programs.

“I’ve wanted to make Aliyah ever since my 8th grade school trip, and am overjoyed to have finally accomplished that goal! Making Aliyah alone is intimidating, but I truly believe that this is where I need to be,” Lieberman said in a statement issued through Nefesh B’Nefesh. “Jews have been praying for a return to Israel for millennia, and I’m fortunate enough to live in a time when such a return is possible. Why would I live anywhere else? Israel is my home.”

Joe Lieberman was the running mate when Al Gore was the Democratic candidate for president in 2000. He was the first Jewish vice presidential candidate on a major party ticket.