You Are Here: Home → Dear Star Parker, please take this crash course on the facts about Israel

Dear Star Parker, please take this crash course on the facts about Israel 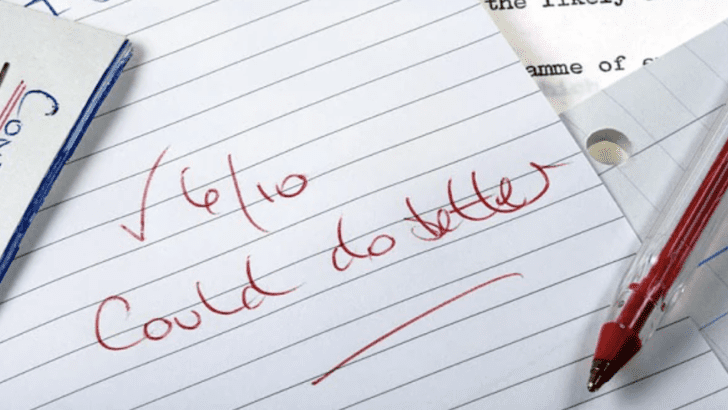 A (hopefully) teachable moment for a journalist whom we count on to report facts, not “alternative facts.”

A respected columnist, misinformed about history and current events in Israel, has unfortunately shared with her readers several inaccuracies about Israel and the people of Palestine. Her misunderstandings are not uncommon.

Below are some corrections.

You are an articulate columnist, author, and political activist, and you give a voice to conservative Black Americans. When you take on the liberal agenda, you often use compelling arguments.

But your take on the Ben & Jerry’s boycott of Israeli settlements, I’m sorry to say, is inaccurate. Your readers and fans deserve to know the truth – and so do you.

I’ve taken the liberty of copying several passages from your article, and providing more factual information – fully cited for your convenience. Please take a few minutes to check it out.

Ms. Parker, you open your op-ed by stating:

“Ben & Jerry’s, noted for its ice cream made from ‘contented cows,’ has produced not such contented consumers in many circles following its announcement to stop selling its ice cream in Israel’s West Bank and in East Jerusalem.

“Although the announcement calls these areas ‘occupied territories,’ more accurate would be to describe their status as “disputed” territories regarding Israel’s sovereignty.

“These are areas captured by Israel after the Six-Day War in 1967.”

CORRECTION: Ben & Jerry’s will stop selling its ice cream, not in “Israel’s West Bank,” but in the Palestinian West Bank – in those parts of the West Bank where citizens of Israel have taken over land that has belonged to Palestinian families for generations. Ben & Jerry’s is also halting sales in Palestinian East Jerusalem, where Palestinian lands and homes are also being confiscated and given to Israeli settlers.

Around 660,000 Israelis live on Palestinian land – in settlements that, as the Red Cross and others note, are illegal under international law (see also this). Ben & Jerry’s boycott is a statement about the importance of law, human rights, and self-determination. I’m sure these issues matter to you, too.

Also, you should know that Israel actually took the West Bank, East Jerusalem, and Gaza in a war of aggression (also see this and this), which is prohibited under the UN Charter.

International law and the international community are in agreement that “occupied” is the correct descriptor for this land – not “disputed.” The United Nations, the Red Cross, the International Court of Justice, and even the US and the Israeli Supreme Court agree that the Palestinian territories are occupied. Only Israel’s executive and legislative branches dissent.

For 54 years, Israel’s occupation of the West Bank, including East Jerusalem, has generated systematic human rights violations against Palestinians who live there. Palestinians engage in resistance against both the occupation and the human rights violations (in Gaza, they also protest against Israeli airstrikes and a 14-year-long blockade). They are guaranteed the right to resist under international law. Israel, on the other hand, does not have the right to occupy Palestinian land for over half a century. 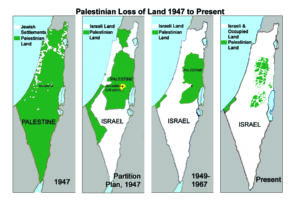 “Let’s keep in mind that Israel has been in a battle for survival since its founding in 1948.

“Israelis are survivors, not conquerors. If not for incessant hostility by its Arab neighbors, the Six-Day War, in which these territories were captured, never would have taken place.”

No “battle for survival”

CORRECTION: Ms. Parker, Israel is a conqueror, and its survival has never actually been in question: it has always been militarily superior to its neighbors – neighbors who would have no need to be “hostile” save for Israel’s aggression.

Israel was birthed in the ethnic cleansing of Palestinian Christians and Muslims: 750,000 indigenous men, women, and children were summarily exiled from their homeland so that Israel could have a Jewish majority.

Israel has also taken aggressive action against its neighbors: Lebanon, Syria, Egypt, and Jordan to name a few.

Since then, Israel has grown to be a military superpower (thanks in great part to US military aid that may reach $20 million a day in direct and indirect assistance).

In the International Criminal Court, Israel currently faces accusations of war crimes against Palestinians; the United Nations has censured Israel for its actions hundreds of times.

“Over 100 years ago, when Jews started returning to their ancient homeland, there was nothing there. As author and businessman George Gilder has written, from 1921 to 1943, the new Jewish immigration increased the number of enterprises in the region fourfold, the number of jobs tenfold, and the amount of capital investment one hundredfold.”

CORRECTION: Ms. Parker, your choice of reference material, George Gilder’s “The Israel Test: Why the World’s Most Besieged State is a Beacon of Freedom and Hope for the World Economy,” is unfortunate. Gilder’s work is neither scholarly nor reputable. His declaration, that Palestine was a wasteland before the arrival of Jews, is refuted by authentic historians and primary sources.

Jews arriving in the late 1800s, in what was then known as Palestine, found a population of over 460,000 that was 97% Christian and Muslim Palestinians, and 3% Jewish Palestinians. It was neither a wilderness nor a “land without a people” (a popular phrase in early Zionism to describe the historic land of Palestine). Palestine at that time was a cultured region, and enjoyed great prosperity (check out these photos, for example).

By 1930, Britain’s high commissioner for Palestine, John Chancellor, described it as a flourishing region in which all arable land owned by indigenous Palestinians was inhabited and farmed. Less than 5% of this land was Jewish-owned (by this time, the population of the region was just above 1 million, of which Jews made up 17%).

As Jewish immigration continued, David Ben-Gurion, one of the founders of Israel, insisted on Jewish-only workforces in Jewish-run businesses – with the objective of colonizing the entire land of Palestine. There was no interest in “bringing benefit” to the Arab Palestinians – but when Jewish residents needed skilled labor or strong backs, they hired Palestinians at low wages.

Sociologist Andrew Ross went so far as to declare that “Palestinians built Israel” – and continue to do so today, taking whatever work they can get inside Israel (or its illegal settlements) because the occupation has all but destroyed the Palestinian job market (more on that below). Ross also points out that the more Palestinians work in Israel, the easier it is to confiscate their land.

“Today, Israel’s $43,610 per capita gross domestic product is more than 10 times the average of its neighboring countries. This growth has benefited Arabs as well as Jews.”

CORRECTION: Thanks to US military aid (again, potentially $20 million a day) and military collaboration, Israel has developed a highly lucrative arms industry. It constantly develops new weapons, “battle-tests” them on the Palestinian population, and sells them around the world (including to countries like Myanmar with a record of human rights abuses).

Israel is also a leader in the field of illicit spyware – and its products have been implicated in illegal activity again and again (even spying on the US).

Israel’s per capita GDP ($43,610) was built on the war industry and the exploitation of Palestinian bodies – and is 13 times higher than the GDP of Palestine ($3,240). Not only is Israel not sharing its ill-gotten wealth with Palestinians, it is systematically dismantling the Palestinian economy.

For years, experts, including South African Bishop Desmond Tutu, United Nations Special Rapporteur Richard Falk, political scientist Dr. Virginia Tilley, and others have used word “apartheid” to describe the policies of Israel. Internationally recognized human rights organizations have also used the descriptor in their reports (which contain detailed documentation). Various Christian denominations and groups – including the Presbyterian Church (USA), some Baptists, and most recently, the United Church of Christ – agree, and have made public statements condemning Israeli apartheid.

So as you can see, Ms. Parker, Israel’s prosperity has not “benefited Arabs [they prefer to be called Palestinians] as well as Jews.”

I hope you see now why Ben & Jerry’s wants to withhold ice cream. Israeli policies toward Palestinians are so egregious, Ben Cohen and Jerry Greenfield simply want to do their part to pressure Israel – to end the settlement project, the occupation, the human rights abuses.

Just as the boycott movement toward South Africa contributed to the collapse of apartheid, so companies like Ben & Jerry’s, Pillsbury, SodaStream, and many church denominations, universities, and other organizations participate in BDS (the Boycott, Divest, and Sanction movement for Palestinian rights) to end oppression in Israel/Palestine.

Ms. Parker, you have been misled about Israel, just like many other Americans (mainstream media and the Israel lobby are mostly to blame). Hopefully this crash course will inspire you to seek the truth. Please follow some of the links above (and/or below), read the facts, and then use your platform to advocate for human rights for the Palestinian people.