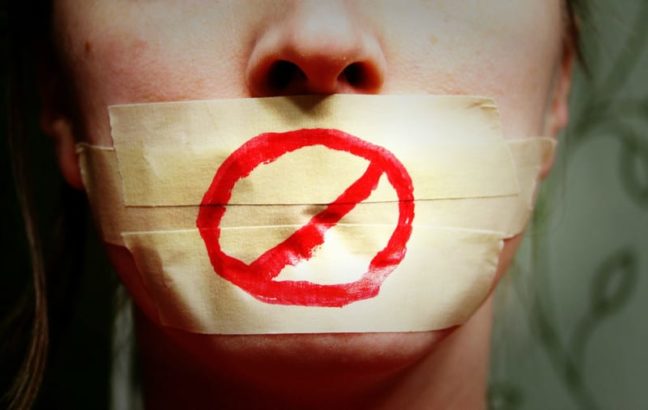 When it comes to criticizing Israel, free speech is being muzzled on university campuses. (Jennifer Moo/Flickr)

Arizona State University requires speakers and other entities to sign a “No BDS” agreement before participating in events on campus. This didn’t set well with Hatem Bazian, who was invited to speak about Palestine and BDS. He filed a lawsuit against ASU for gross violation of free speech rights.

A professor has filed a lawsuit against Arizona State University and the state’s attorney general over a gross violation of free speech rights.

It is the second legal challenge to Arizona’s 2016 law against supporters of the boycott, divestment and sanctions (BDS) campaign for Palestinian rights.

The Muslim Students Association at Arizona State University had invited American Muslims for Palestine chair, University of California at Berkeley lecturer Hatem Bazian, to speak about Palestine and the BDS campaign during an event on campus next month.

In order to participate, Bazian and other members of his group who had been invited were asked to sign the university’s speakers agreement – usually a boilerplate legal document outlining the terms of an event.

But Arizona State University’s agreement includes a clause that speakers must certify they are not engaged with the BDS movement.

The standard agreement was amended sometime after the passage of the state’s anti-BDS law, which creates a blacklist of companies and groups banned from state contracts if state officials deem that they are boycotting Israel.

Bazian and his group say they cannot agree to the “No Boycott of Israel” clause.

This means, according to the lawsuit, that they are barred from participating in the event “solely because they engage in and advocate for economic boycotts of Israel as a means to promote Palestinians’ human rights.”

The lawsuit was filed last week by the Council on American-Islamic Relations (CAIR) on behalf of American Muslims for Palestine and Hatem Bazian.

The American Civil Liberties Union has already filed a lawsuit against the Arizona anti-BDS law, asserting that it violates the First Amendment.

Arizona is one of more than 20 states which have adopted anti-BDS measures.

A federal judge in Kansas recently blocked the enforcement of that state’s anti-BDS law over concerns it violates free speech protections.

Meanwhile, a federal law seeking to punish the BDS campaign and its supporters is pending in Congress.

There’s no place that the right of free speech “should be more valued and protected than in our nation’s colleges and universities,” said CAIR legal director Lena Masri.

“Anti-BDS statutes trample the free speech rights of Americans and cannot be allowed to stand,” she added.

Unless a court intervenes, the plaintiffs “will be chilled in their discussion of and advocacy for Palestinian rights, and unable to participate” in the April event, the lawsuit says.

Defending the university’s No Boycott clause in the speakers agreement, an Arizona State spokesperson labeled the situation a “misunderstanding.”

He told local media that it was a “mistake” to have given the speakers this version of the agreement since the contract was with a student group, not a public entity.

“It’s disappointing that ASU would try to use diversionary tactics by attempting to paint this as a misunderstanding, or some simple mistake by the student group,” Imraan Siddiqi, executive director of CAIR-Arizona, told The Electronic Intifada.

He added that it doesn’t seem as though the university administration is “troubled that they are defending a clearly unjust and unconstitutional law that was passed by the state, and including it in university documents.”

The plaintiffs “are planning to proceed forward and have a judge rule on this issue,” Siddiqi said.

In 2012, the student government of Arizona State University passed a resolution calling on the administration to divest from companies that profit from Israel’s human rights violations.