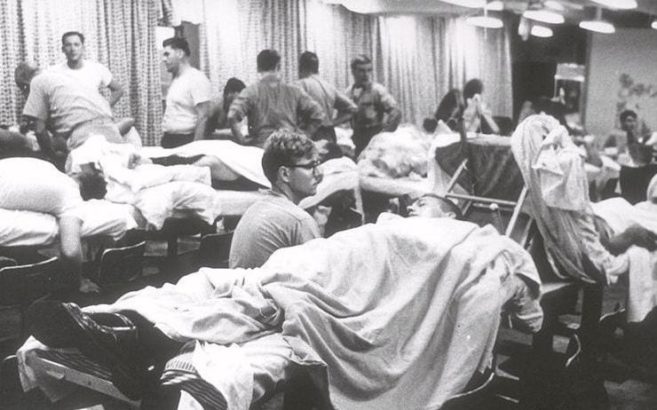 Fifty years ago, on June 8, 1967, 34 American servicemen were killed (photos and bios) and 174 were wounded when Israel attacked the USS Liberty navy ship.

It was the highest casualty rate ever inflicted on a U.S. naval vessel, with 7 out of every 10 crew members killed or injured.

Israel’s sea and air attack lasted approximately two hours. U.S. navy fighters located just 40 minutes away were launched to rescue the ship after they received a distress signal. But the White House cancelled the planes just minutes later, and help did not reach the USS Liberty for 17 hours.

According to former Chairman of the Joint Chiefs of Staff Admiral Thomas Moorer, “Those men were then betrayed and left to die by our own government.”

It is the only peacetime attack on a U.S. naval vessel that, to this day, the Congress of the United States of America formally refuses to investigate.

The survivors are still awaiting justice.

Please join them in demanding accountability by signing this petition calling on Congress to open an official investigation.

Other ways you can help:

Thank you for supporting these men and their families, whose voices have been repeatedly ignored and silenced.

Documentaries about the USS Liberty

Discovery Channel: The Loss of Liberty: The Story of the USS Liberty (2002)

History Channel: Cover Up: Attack on the USS Liberty (2001)