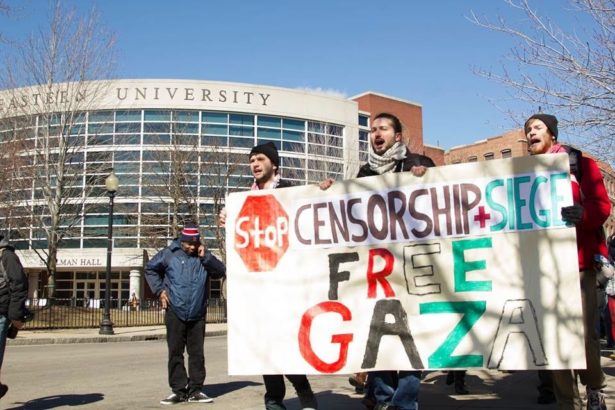 Censorship + blockade = toxic combination. When the world is kept in the dark about Gaza, Gazans have everything to lose.

President Trump’s nominee for Assistant Secretary for Civil Rights at the U.S. Department of Education must be stopped. Kenneth Marcus is against academic freedom, free expression, and BDS, and supports a broad, Israel-centric definition of anti-Semitism. The American-Arab Anti Discrimination Committee is asking us all to demand our Senators vote him down. Contact yours now!

Let’s Turn Up the Pressure on Kenneth Marcus

Washington, D.C. | www.adc.org | April 29, 2018 | Your e-mails and calls to the U.S. Senate are making a difference! Since ADC first urged members to demand their Senators  vote NO on Kenneth Marcus — Donald Trump’s nominee for Assistant Secretary for Civil Rights at the U.S. Department of Education — we have seen the Marcus nomination dwindle in its prospects for approval. Time and again, the vote on Marcus has been delayed due to constituent pressure. Now, we need to turn up the heat and defeat the Marcus nomination!

Check out ADC’s op-ed: Trump’s nominee for civil rights, has a long history of working against them.

As head of the Brandeis Center, Marcus joined pro-Israel lobby groups to call on Congress to “end or mend” federal funding for Middle East Studies programs whose courses are critical of Israeli policies and American conduct in the region.

An opponent of the boycott, divestment and sanctions movement against Israel, Marcus used litigious bullying to try to force professors to fall in-line by filing a lawsuit against the American Studies Association after it endorsed BDS.

Marcus has proposed a broad definition of anti-Semitism that would include criticism of Israel and has implored the DOE’s Office of Civil Rights to investigate alleged “anti-Semitic incidents that masquerade as anti-Israelism” by pro-Palestinian voices on campus.