You Are Here: Home → Trump administration about to give Israel $3.8 billion

Trump administration about to give Israel $3.8 billion 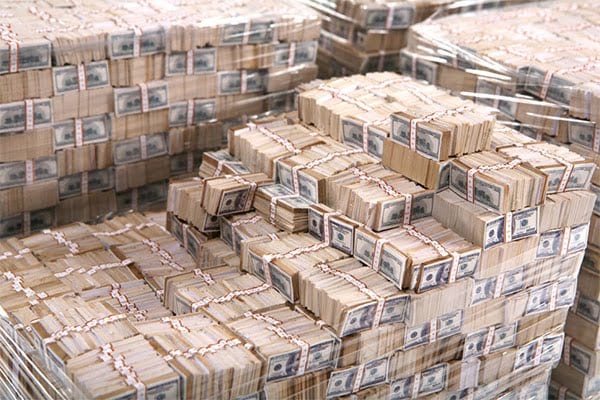 Despite the fact that legislation to give Israel $38 billion over the next 10 years is still pending, the Trump administration is about to give Israel the first installment – $3.8 billion – for the 2019 fiscal year, which officially began Oct. 1st.

The decision to start giving Israel this money immediately rather than waiting for the legislation to pass is based on implementing the Obama administration’s 2016 Memorandum of Understanding (MOU) with Israeli Prime Minister Benjamin Netanyahu.

The money will be deposited in an Israeli account at the New York Federal Reserve Bank. This is an interest bearing account, meaning that Israel will get even more money from the U.S. economy.

Because the Obama-Netanyahu MOU is non-binding, Israel partisan are pushing through legislation making it U.S. law. The pending legislation contains additional provisions helping Israel, including a requirement that NASA allow Israel’s space agency to piggy back on its work. It also requires the U.S. to permit Israel to export arms it receives from the U.S., even though this violates U.S. law.

Part of the aid to Israel, $550 million, was included in the Pentagon Defense bill passed in August. The major part of the aid to Israel – $33 billion over the next 10 years – is still in process. It was passed by the Senate and then went to the House of Representatives, where Israel partisans added some provisions that made it even better for Israel, and passed it by voice vote on September 12th.

This version, S.2497, makes the $38 billion a floor rather than a ceiling, as originally required in the MOU, which opens the door to politicians voting even more money to Israel over the coming months and  years, which they quite likely will do.

This new version is now back in the Senate. Once the Senate passes it, the bill will go to President Trump to sign into law.

This is the largest military aid package in U.S. history, yet U.S. media have neglected to tell Americans about the legislation.

Israeli Prime Minister Benjamin Netanyahu announced: “I thank the American administration and Congress for their commitment to Israel and also for the American financial assistance in the coming decade.”

In response to action alerts by If Americans Knew, thousands of Americans have contacted their Congressional representatives demanding that they vote against the aid to Israel. Israel consistently uses U.S. aid in violation of international law, human rights, and U.S. laws.

While the massive aid to Israel is moving forward, the Trump administration has frozen financial aid to Palestinians for infrastructure development, civil society projects and to the UN Relief and Works Agency for Palestine Refugees in the Near East (UNRWA) for critical humanitarian assistance. The most recent cut was on Sept. 14, when the administration halted $10 million in funding for programs designed to promote goodwill between young Palestinians and Israelis.

However, the U.S. is maintaining its financial support to the Palestinian Authority to coordinate efforts with Israel to suppress the Palestinian resistance against Israeli occupation and oppression.

If you find our work valuable, please donate so we can continue it!