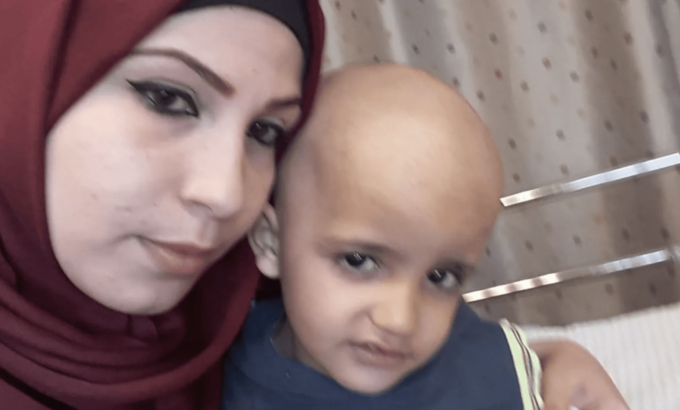 3-year-old Louay was not allowed to have his mother present for his chemo treatments in Nablus because she is a “first-degree relative of a Hamas member.” But following widespread reporting, Louay’s mother was informed that she will be allowed to join him.

Israel has allowed a Gaza mother to leave the Strip Friday and accompany her 3-year-old son being treated for cancer in the West Bank city of Nablus, following a Haaretz report published Thursday. [Editor’s note: dozens of other news sources, including If Americans Knew, also carried the story.]

Representatives of the Palestinian civil affairs committee informed her Thursday that she was allowed to leave immediately.

The child, Louay Al Khoudari, was diagnosed with aggressive soft tissue sarcoma in January. He was first treated in Augusta Victoria Hospital in East Jerusalem and then in Hadassah Hospital; he began receiving treatment at the An-Najah Hospital in Nablus as of May.

Louay’s mother, Hannan Al Khoudari, wasn’t allowed to leave the Strip before now because she is a first-degree relative of a Hamas member.

You can read Louay and Hannan’s backstory here.