You Are Here: Home → NPR misleads public in report on AIPAC vs Ilhan Omar 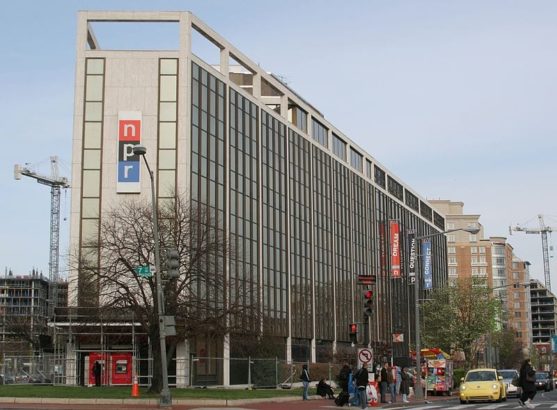 NPR’s ‘All Things Considered’ segment underreports AIPAC’s finances, uses only Israel partisans as commentators, minimizes power of AIPAC, ignores Palestinians, and fails to inform listeners of the full scope of the Israel lobby

The report is in response to freshman Democratic Congress member Ilhan Omar’s tweet that AIPAC is the cause of U.S. politicians’ support for Israel over U.S. needs and principles. Omar has come under numerous attacks ever since.

NPR’s report, broadcast Wednesday, substantially downplays the power of AIPAC. In doing so, it suggests that Omar’s comments were “antisemitic,” while failing to interview anyone with different views.

The report was on NPR’s All Things Considered, which says it is “the most listened-to, afternoon drive-time, news radio program in the country.”

NPR’s only commentators are Israel partisans

The report largely features comments from two members of the Israel lobby: Josh Block, former AIPAC spokesman and current CEO of the Israel Project, and Ben Shnider, National Political Director for JStreetPAC, which calls itself “the largest pro-Israel PAC in the country.”

No one else is interviewed.

The show does not mention that Block was the center of a scandal several years go when it came out that he had had been encouraging neoconservative journalists and pundits on a private email list to smear staffers at two progressive think tanks as supposedly “antisemitic.”

Wednesday’s NPR report was introduced by host Mary Louise Kelly announcing that Ilhan Omar had “repeated what are viewed as anti-Semitic characterizations” of AIPAC.

Kelly failed to mention that many people consider the accusation unjustified and Omar’s statement valid. Israel partisans regularly try to claim that proponents of Palestinian rights are “antisemitic.” An Israeli Knesset member has said that this is a frequently used “trick.”

Block and Shnider are then brought on as alleged experts on the issue. None of the groups and individuals who support Omar are quoted.

In the report, NPR gives AIPAC’s lobbying budget as $3.3 million, but leaves out the fact that AIPAC’s total 2017 income was over $229 million.

Commentator Josh Block emphasizes that AIPAC itself doesn’t directly donate to candidates, but doesn’t mention that AIPAC uses numerous other ways to deploy its millions of dollars to influence politicians.

NPR reporter Peter Overby briefly mentions one non-donation AIPAC activity and glancingly refers to what he terms “a small constellation of political action committees around [AIPAC],” but fails to give the full picture of AIPAC’s influence.

A fuller view of AIPAC’s power

Prominent international relations scholars John Mearsheimer and Stephen Walt provide a much fuller description of AIPAC’s importance in their 2008 book on the Israel lobby, and in a London Review of Books article on the subject.

Mearshimer and Walt state: “AIPAC itself… forms the core of the Lobby’s influence in Congress. Its success is due to its ability to reward legislators and congressional candidates who support its agenda, and to punish those who challenge it.”

They quote a former AIPAC staff member, who states: “It is common for members of Congress and their staffs to turn to AIPAC first when they need information, before calling the Library of Congress, the Congressional Research Service, committee staff or administration experts.” He says that AIPAC is “often called on to draft speeches, work on legislation, advise on tactics, perform research, collect co-sponsors and marshal votes.”

The authors, senior professors at the University of Chicago and Harvard, state:

“Money is critical to US elections….AIPAC makes sure that its friends get strong financial support from the many pro-Israel political action committees. Anyone who is seen as hostile to Israel can be sure that AIPAC will direct campaign contributions to his or her political opponents. AIPAC also organises letter-writing campaigns and encourages newspaper editors to endorse pro-Israel candidates.

“There is no doubt about the efficacy of these tactics. Here is one example: in the 1984 elections, AIPAC helped defeat Senator Charles Percy from Illinois, who, according to a prominent Lobby figure, had ‘displayed insensitivity and even hostility to our concerns’. Thomas Dine, the head of AIPAC at the time, explained what happened: ‘All the Jews in America, from coast to coast, gathered to oust Percy. And the American politicians – those who hold public positions now, and those who aspire – got the message.'”

Mearsheimer and Walt state: “The bottom line is that AIPAC, a de facto agent for a foreign government, has a stranglehold on Congress, with the result that US policy towards Israel is not debated there, even though that policy has important consequences for the entire world……..  as Ariel Sharon once told an American audience, ‘when people ask me how they can help Israel, I tell them: ‘Help AIPAC. ”

While today some other pro-Israel organizations are vying with AIPAC for power, American politicians still consider AIPAC so powerful that every top 2016 presidential candidate spoke at its annual convention.

During the NPR report, Block refers to the alleged “value” of the “U.S.-Israel alliance,” and Overby fails to challenge Block’s claim.

In reality, the value is on one side only.

Israel receives over $10 million per day from hard pressed American taxpayers (likely to soon to go even higher), and is shielded by the U.S. from international actions to end Israel’s numerous violations of international law and human rights. It also receives numerous trade perks and other benefits, including U.S. legislation that requires NASA to work with Israel’s space agency, despite allegations of Israeli theft of classified U.S. research.

On the U.S. side, the alleged “value” is negative. U.S. support for Israel damages the U.S. in numerous ways: it drains money from the U.S. economy, subsidizes Israeli companies that compete with American companies, creates dangerous hostility to the U.S., pushes the U.S. into tragic and costly wars on behalf of Israel, and funds a foreign nation built on ethnic/religious discrimination that repeatedly spies on the U.S. and steals American technology.

As if that weren’t enough, Israel tried to sink a U.S. Navy ship, killing 34 Americans and injuring over 170, and then “compensated” the U.S. with a sum that was a small fraction of the destroyed ship’s worth.

Information about Palestinians and why anyone would oppose AIPAC’S support for Israel is missing from the NPR report. There is no mention of Palestinians’ forced expulsion to make way for a Jewish state, the ongoing Israeli violence against them, or the systemic discrimination inherent in Israel. 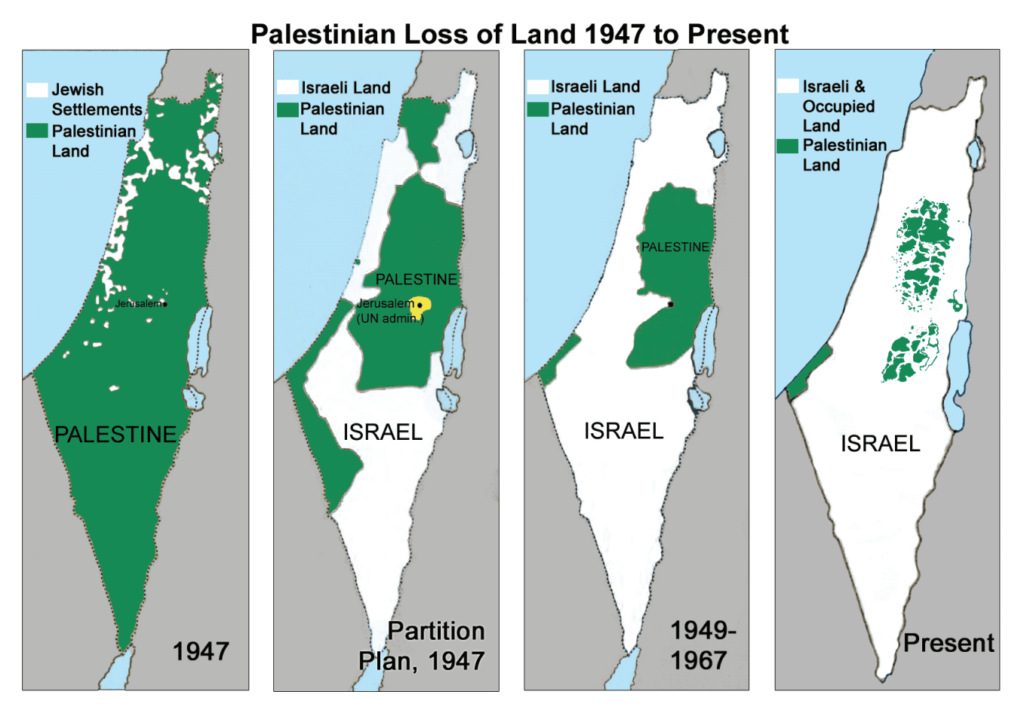 AIPAC: tip of the iceberg

During the broadcast, Overby mentions pro-Israel billionaire Sheldon Adelson and a few other pro-Israel groups, implying these are largely the extent of the Israel lobby.

Overby and his guests fail to inform listeners of the full range and power of the Israel lobby in the United States: hundreds of organizations embedded in every state in the union and almost every campus, with a combined revenue of well over $6 billion.

Added to this are pro-Israel billionaire donors who regularly deploy their wealth on behalf of Israel, including Adelson and his Israeli wife Miriam, Israeli-American Haim Saban, Paul Singer, Norman Braman, and Larry Ellison, who have a combined net worth of close to $115 billion.

Wednesday’s report is not an isolated instance.

Analyses have shown that NPR has a long pattern of giving listeners Israel-centric reports that fail to give listeners the full, accurate picture of this profoundly important issue.

Alison Weir is executive director of If Americans Knew, president of the Council for the National Interest, and author of “Against Our Better Judgment: The Hidden History of How the U.S. Was Used to Create Israel.”  Her articles have been published by MintPress News, The Link, Project Censored, Dissident Voice, Antiwar.com, CounterPunch, Z Magazine, the Washington Report on Middle East Affairs, and others, including several anthologies.

H/T to the Dissident Veteran for Peace blog, which alerted us to the NPR program and the Mearsheimer-Walt excerpts quoted above.

The Intercept: There Is a Taboo Against Criticizing AIPAC — and Ilhan Omar Just Destroyed It

…the New York Times’s Tom Friedman, a long-standing advocate for Israel in the American media, once described the standing ovations received by Israeli Prime Minister Benjamin Netanyahu, from members of Congress, as having been “bought and paid for by the Israel lobby”?

… Jeffrey Goldberg, now editor-in-chief of The Atlantic and dubbed “the most influential journalist/blogger on matters related to Israel,” called AIPAC a “leviathan among lobbies, as influential in its sphere as the National Rifle Association and the American Association of Retired Persons are in theirs”?

…. J.J. Goldberg, former editor of the Jewish weekly newspaper The Forward, said in 2002, in reference to AIPAC, “There is this image in Congress that you don’t cross these people or they take you down”?…  Read more