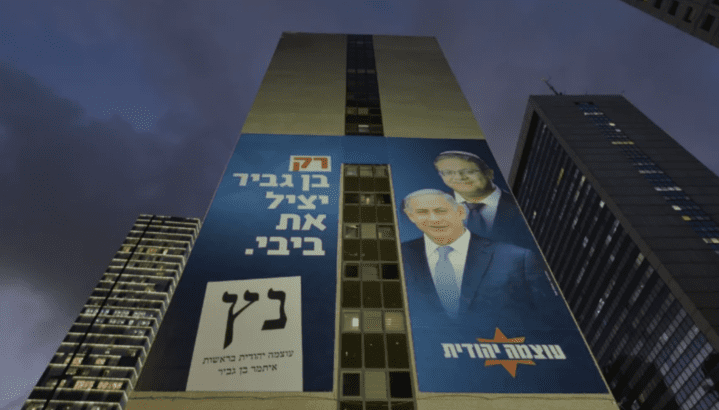 Dr. Zogby, personally familiar with the racism of Israel’s Kahanists, discusses the danger of having Itamar Ben-Gvir and his ilk in the Israeli legislature, the upcoming government, and Israeli mainstream.

At the conclusion of Israel’s fourth election in two years, the picture that emerges is as clear as mud. Here’s what we have learned from the outcome: Benjamin Netanyahu, though despised by many voters, remains the most potent force in the country; the political situation remains so fractious that forming a government will require that leaders of one or more small parties will need to join a coalition with groups they had pledged to shun; and Israeli politics have moved so decidedly to the hardline right that peace with Palestinians wasn’t an issue for the overwhelming majority of politicians and those who voted for them. None of this, of course, is new.

What is new and portends danger ahead is the fact that a grouping of racist extremists, including “Jewish Power,” a party created by the disciples of the late Meir Kahane, won seats in the Knesset. During the campaign, Netanyahu courted them and promised one of their leaders, Itamar Ben-Gvir, a ministerial post in his government. The prospect of this fills me with fear and disgust, since I’ve had a long history with the violent anti-Arab racism of Kahane and Kahanists.

On April 30, 1971, my wife’s birthday, I received my first death threat from Meir Kahane’s followers. That morning we found an envelope under our door. Eileen opened it to find a threatening note with the letters cut out from magazines and pasted on plain white paper. It read: “Arab dog you will die if you set foot on campus again.” A few days later, a group of Kahanists attacked the classroom where I was teaching a course in Introduction to Religion. They were driven away by a group a Black students, but continued their threats and harassment for months thereafter.

In the years that followed, I would become more familiar with Kahane, a Brooklyn-born rabbi who preached a virulently racist, violent ideology, and his adherents in the Jewish Defense League. They would firebomb my office, murder my friend and colleague Alex Odeh, and injure hundreds more, in a decades-long campaign of violence targeting Arab Americans, Palestinians, and Jews who disagreed with them. On one occasion, Kahane himself led a group of his followers to my office, pounding on my door and chanting that he knew who I was, where he could find and take care of me.

In the late 1980s, Kach, the political party Kahane founded in Israel, was barred because of its extreme racism and incitement to violence. A few years later, a former JDL and Kach member also from Brooklyn, Baruch Goldstein, massacred 29 Palestinians as they prayed in the historic Ibrahimi Mosque in Hebron in the occupied West Bank. Another follower assassinated then-Prime Minister Yitzhak Rabin. This resulted in the two groups being declared terrorist organizations by the US and Israel.

Not long ago, Kahanists were pariahs on the margins of Israeli society. Now they will be in the Knesset and possibly in the government. What’s shocking is that this fact has barely been noticed by Israel’s supporters in the US or by the US government.

To understand just how virulently racist Netanyahu’s ally Ben-Gvir is, just look at his record. He’s a lawyer who represents right-wing Jews charged with violent crimes against Palestinians and liberal Jews. He joined Kach in the 1980s and quickly became a devoted student of Kahane and his racist ideas. Those ideas were spelled out in a set of proposed laws Kahane introduced to the Knesset after he won a seat in 1984. One of the laws stipulated, “Non-Jews will be obliged to assume duties, taxes and slavery. If he does not agree to slavery and taxes, he will be forcibly deported.” Another declared, “A non-Jew will not live within the jurisdiction of the city of Jerusalem.” He also called for strict separation between Jews and Palestinians, with draconian penalties including 50 years imprisonment for gentiles who have sexual relations with Jews.

Just a few weeks ago, Ben-Gvir spoke of Kahane as his “hero” and called for the expulsion of “disloyal” Palestinian citizens of Israel. He has been indicted for incitement more than 50 times and was convicted of supporting a terrorist organization in 2007. He’s also called Baruch Goldstein, whose framed photo hangs in his office, a “hero.” This is who Netanyahu and his Likud party are doing business with and legitimizing.

To some, it may seem like threats by Ben-Gvir and other Kahanists to expel Palestinians are nothing more than sick fantasies. But he is now in the Knesset and has been promised a role in a Netanyahu government. This should set off screaming alarm bells and red flags for Israel’s supporters in the US and a wakeup call to the Biden administration and to all Americans. It is unacceptable to remain silent and pledge continued aid and diplomatic support in the face of this dangerous Israeli drift toward extremism. To do so makes us complicit because, while we rightly object to terrorist groups being in other countries’ governments, we have so far been silent about this one.